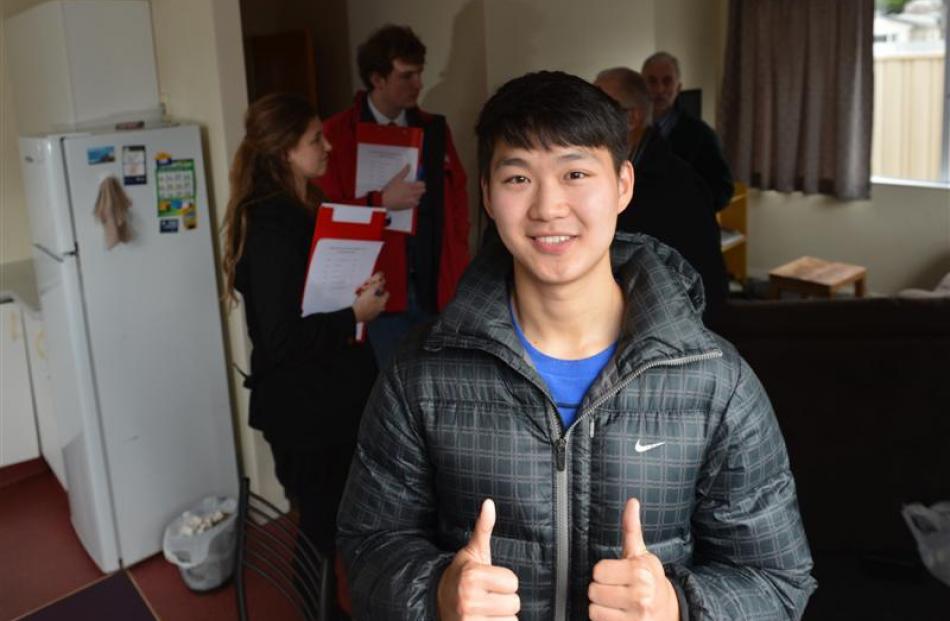 Pharmacy student Zheng Li (21) in his Ethel Benjamin Pl flat, which was nominated for the best landlord award. 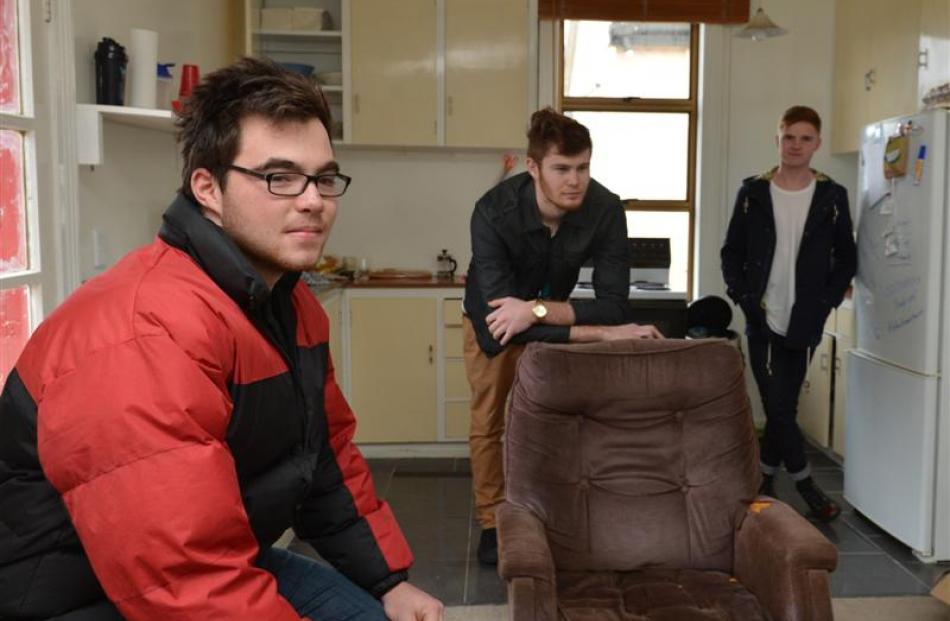 The good, the bad and the ugly of student accommodation was revealed yesterday.

The worst landlord award went to the owner of a Clyde St flat, which the tenants alleged had water pooling on window sills, an oven that fired sparks across the kitchen and doors that would not stay shut.

''Coming here has definitely been a bit of a shock. The whole house is on a lean and we get mould in the rooms,'' commerce student Mitchell Turner (19) said.

''It's very expensive for the quality of the house.''

Mr Walker and his four flatmates pay $600 a week for the roughcast residence.

''The landlord only provided two couches and a table, but they were so horrendous we threw them out,'' human nutrition student Steven Walker (19) said.

''But the worst thing is that he's so hard to get hold of. He says he'll fix things, but then nothing happens.''

Landlord John Kinraid was amused by the award and said he did not agree with the tenants' complaints.

''Tenants have free choice. Christmas is a very busy time for landlords and tenants from the previous year don't usually leave a place in the best condition,'' Mr Kinraid said.

''We removed the doors for a couple of weeks to put new carpet down, while the sparking oven was caused by the tenants having the rings sitting under water.

''It's a very warm flat. We put 600mm of insulation in the ceiling and it's got a new heat pump, which costs 18c an hour to run full bore. What's their problem?''

OUSA student advocate Philippa Keaney said it was the only flat nominated by tenants for the worst landlord award.

The judging criteria included the state of the flat, facilities and ''landlord responsiveness''.

''Dunedin flats are renowned for their substandard conditions, but in this day and age it's not all bad,'' Ms Keaney said.

''We want to engage landlords and let them know they're valued; and not just by the students.''

Three flats were finalists in the best landlord category, including one in Ethel Benjamin Pl.

''Our landlord, Barclay Sievwright of Edinburgh Realty, is really great. He provides everything we need and he's always good to talk to,'' pharmacy student Zheng Li (21) said.

Ms Keaney said the awards were about ''giving those who fail to live up to fair tenant expectations a friendly reminder of their duties''.