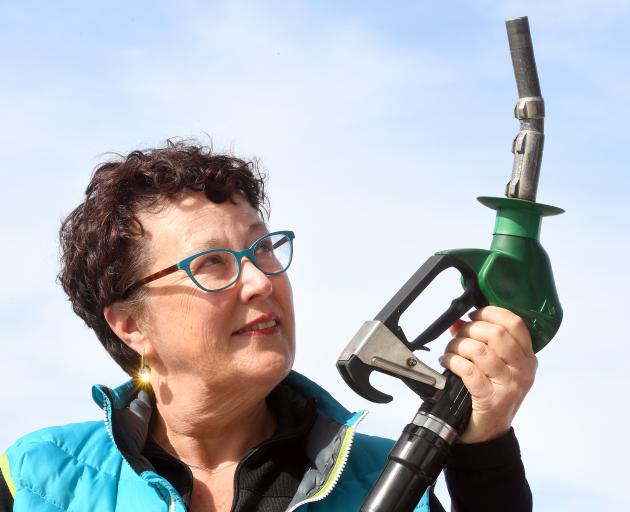 Research from the University of Otago's internationally recognised study released today showed among more than 500 Dunedin children who grew up in the era of leaded petrol, those exposed to lead had a lower IQ and social standing by the age of 38, relative to peers who had less exposure.

It showed the effects were ''slight but significant'', also revealing the higher the blood-lead level was in childhood, the greater the loss of IQ points and job prospects was in adulthood.

New Zealand's lead levels were consistently higher than international standards during the 1970s and 1980s, largely due to motor-vehicle exhaust fumes.

Leaded petrol was finally phased out completely in 1996, but only after oil companies fought efforts to have it banned.

An Otago University researcher, who was not involved in the study, said oil companies and complicit politicians were to blame for lead not being banned earlier and the research had important lessons for today's politicians.

About half of those tested had more than 10 micrograms of lead per decilitre of blood.

That half had IQ scores on average 4.25 points lower than their less lead-exposed peers when tested again 27 years later at age 38.

They also attained occupations with a lower socioeconomic status than those of their parents.

''The results suggest that cognitive impairment associated with childhood lead exposure can persist and may worsen somewhat across decades,'' the study said.

The paper's senior author, Dunedin Study associate director Prof Terrie Moffitt, of Duke University, North Carolina, said the finding was significant but 4.25 IQ points was not worth very much.

''This is not like the kind of thing that would keep people from completing their education or from getting a job,'' Prof Moffitt said.

However, it was a discernable difference and the fact the findings would be spread across the whole population made them more significant.

The research was set apart from other studies because participants exposed to lead in the study were from across the socio-economic spectrum and because it showed the effect of lead persisted for decades.

''As of the start of this year, the long-term adult cognitive outcomes of children exposed to lead were unknown, due to a lack of research.

Co-author Prof Avshalom Caspi, of Duke University, said wherever you started in life ''lead is going to exert a downward pull''.

''If everyone takes a hit from environmental pollutants, society as a whole suffers.''

Main author Aaron Reuben, a Duke PhD candidate, said the lower job status was ''partially but significantly explained by the loss of IQ''.

''The cognitive deficits associated with lead persisted for decades, and showed in the kinds of occupations people got.''\

Prof Moffitt said other research had shown links between lead and poor and aggressive behaviour, which could also partly explain why those exposed to higher amounts had poorer job prospects.

She said the data was from an era when such high lead levels were viewed as normal for children and not dangerous.

The participants - who were likely comparable to all children living in New Zealand towns before lead was removed from petrol - had an average blood level of 10.99 micrograms of lead per decilitre of blood
at age 11.

This was slightly higher than the historical ''level of concern'' for lead exposure in the 1990s.

A total of 94% of children had blood levels higher than 5 micrograms per decilitre, the level at which the United States' Centre for Disease Control and Prevention now recommends a public-health intervention.

The study showed for each 5mcg increase in childhood blood lead, a person lost about 1.5 IQ points by age 38.

This research was published today in the Journal of the American Medical Association.

Poisoners. Lead is not 'fossil fuel'. Still, all this oil/gas stuff will be obsolete technology at a future point, and a great point that will be.