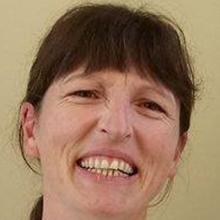 Charlene Rapsey
Dunedin researchers say residential intervention programmes for women and their children can improve their lives and should be seriously investigated as an alternative to state care.

The Royal Commission of Inquiry into Abuse in Care showed that New Zealand had ‘‘failed to protect a generation of children’’, University of Otago researcher Charlene Rapsey said.

Alternatives to foster care also needed to be considered, she said.

Her team’s research provided initial evidence that long-term intensive interventions with mothers, allowing them to continue caring for their children in a safe environment, may be of greater benefit than removing a child into foster care.

“It is expensive in the short term but if it is effective it would result in long-term cost-saving,” she said.

Co-authors Dr Rapsey and Cassandra Rolston, of the Otago department of psychological medicine, based their study on detailed interviews with women using a North Island residential programme, and the staff supporting them.

A newly released study, ‘‘Fostering the family not just the child’’, argues that such programmes could potentially change families’ lives for the better.

The intervention they examined requires women and their children to undertake an intensive six to 12-month structured support programme and participate in therapeutic and parenting skills-based initiatives, in order to avoid parent-child separation.

Women interviewed by Dr Rapsey’s team said they had all experienced childhood abuse or neglect, and several had backgrounds that included alcohol abuse, family violence and mental illness.

Women admitted to the programme would have otherwise had their children removed and placed in foster care.

The women in the study said they had become more confident parents and undergone huge changes.

The programme described how the overarching concept of awhi (to embrace, support and nurture) was expressed by staff members.

Instead of judging the women and telling them what to do, it was important to praise their progress, and to model a positive family environment, staff said.