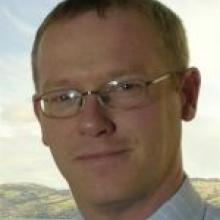 Darren Burden
The Carisbrook Stadium Trust is expecting to name in the next few weeks the subcontractors who will build the project, and has explained its hiring process.

The trust has made it clear it wants as many of the subcontractors as possible to come from south of the Waitaki, and Dunedin Mayor Peter Chin gave an assurance in April that Otago firms would benefit from construction, and contractors would draw on the local workforce.

Responding to a request from the Otago Daily Times for information on subcontractors, trust chairman Malcolm Farry said the names of those chosen would be announced within weeks, once the contracts were signed.

This would be undertaken on an open-book basis.

Hawkins would provide a recommendation to the trust for each subcontract, which the trust would assess, along with independent advice.

Subject to being satisfied with the recommendation, the trust wouuld approve the subcontractor's appointment, and Hawkins would confirm the subcontract.

The trust's procurement objective was "to achieve the best value for the project with a preference for local contractors".

Work that was or would be tendered included: Demolition, piling, excavation, pre-cast concrete, structural steel, cladding and building services.

"We hope that local subcontractors and suppliers will get behind the project, be competitive and help us deliver the project on budget," Mr Burden said.