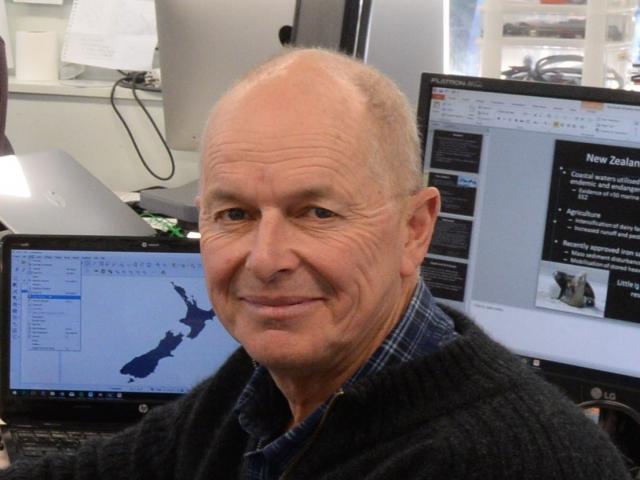 Steve Dawson
The University of Otago has dropped a controversial proposal to cut three full-time academic jobs from the department of marine science.

A panel considered 232 submissions, which included strong criticism from students, other academics in different areas of the university, members of the community, and international collaborators who said they would withdraw from projects with the university.

The Management of Change proposal would not proceed ‘‘due to a variety of factors including voluntary redundancy, and changes to the full-time status of some staff through mutual agreement’’.

Department head Prof Steve Dawson confirmed yesterday he would be taking early retirement in 18 months under the new proposal, although he was not aware exactly what arrangements had been made with other staff members.

He was ‘‘really relieved’’ three of his staff would not be losing their jobs, but said this was not how he had foreseen leaving academia.

‘‘It’s not a good situation to be in, but I think, under the circumstances, this is probably the best outcome we could hope for.’’

Details of the modified proposal are expected to be finalised by Christmas, and Prof Dawson said it appeared the university had accepted ‘‘some variant’’ of an alternative proposal put forward by staff in their submission.

‘‘It’s very clear that we’ve got quite a bit of work to do in the new year when it comes to saving money, and rebuilding the curriculum.’’

Division of Sciences pro-vice-chancellor Prof Richard Barker said it was important the final plan was thorough.

“I appreciate that this delay may add further concern following what has already been a tough time for staff and students. However, it is important the revised proposal is representative of the feedback received.’’

University student Tayla Hill, who started an online petition which received more than 6000 signatures, said she was ‘‘absolutely over the moon’’.

‘‘I think it’s stuff like this that just goes to show how much of a whanau we are in marine science, and when we come together, anything is possible.’’

Under both proposals, two of the department’s fleet of six boats would be sold, and changes would be made to some technical positions with some transferred to another department and some vacant positions left empty for the time being.

Prof Dawson said he did not have any information about the future of the New Zealand Marine Studies Centre.