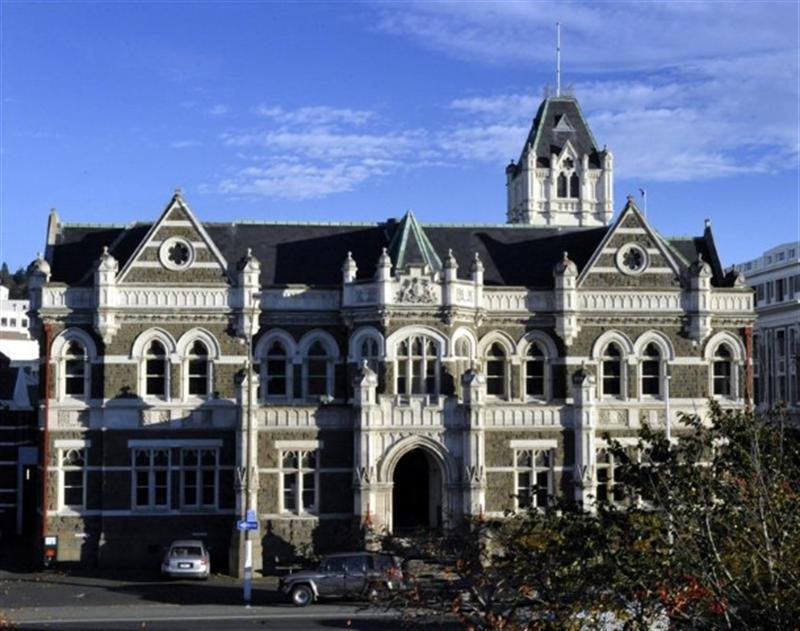 Cr Hawkins said  that it had also been "heartening" to also have support from visitors to Dunedin "from across Otago and Southland", as well as from Dunedin people.

Out-of-town visitors understood that the continuing success of Dunedin Hospital and the Otago Medical School was "critical for the whole region", he said.

"What the campaign to restore our historic courthouse showed is that Treasury can make short-sighted recommendations to Cabinet, but through the weight of community pressure, we can convince Government to make a more sensible long-term decision," he said.

Cr Benson-Pope said the public mood over protecting the central location and "top flight" quality of the hospital complex was stronger than had been the case over the courthouse complex campaign.

He understood that "hundreds" of petition forms had been sent in this week, after they were recently included in FYI Dunedin, an DCC publication sent out to Dunedin householders last week.

In other comment, Ministry of Health director of critical projects Michael Hundleby said he was "well aware" that Dunedin people want "new hospital facilities as soon as possible".

Southern Partnership Group chairman Andrew Blair recently said that preparing the business case for the new Dunedin Hospital was not ‘‘straightforward’’ and "many tough decisions" were needed.

The Otago Daily Times asked Mr Blair several follow-up questions via email, through the Ministry of Health, and suggested that Dunedin Hospital appeared to be the "last major public hospital in New Zealand" yet to be fully upgraded.

He was also asked if he was aware that some Dunedin people "feel frustrated about overall delays in replacing a faulty and, in parts, leaky, old hospital".

Mr Hundleby replied that the state of the hospital facilities reflected "many years of poor financial performance and deferred maintenance by the DHB which resulted in a commissioner being brought in, in June 2015".

Since the partnership group was established in September 2015 there had been "good progress towards the redevelopment, and the business case was being fast-tracked through the approvals process", he said.