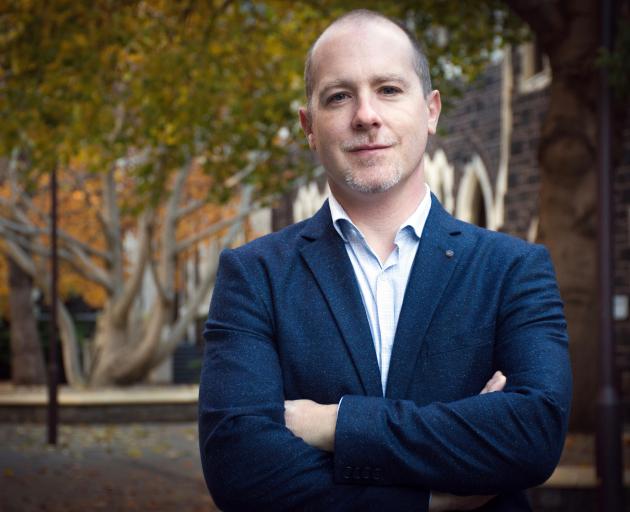 Jesse Bering's book tackles the topic of suicide. PHOTO: LEONARDO RAMOS
Dunedin science writer Jesse Bering is no stranger to controversy - and he hopes a new book on suicide will help people struggling with "dark experiences" as well as providing a scientific insight into a phenomenon that is overwhelmingly human.

Associate Prof Bering has been the University of Otago Centre for Science Communication director for the last year. His new book A Very Human Ending: How Suicide Haunts Our Species looks at the subject of suicide from a number of different perspectives, taking in everything from the cognition of a suicidal person to human behaviour compared to animal behaviour, the personal stories of individuals, and questions of religion.

Having experienced his own mental health struggles in the past, suicide was a topic that had "fascinated" him for a long time, "both personally and intellectually ".

The phenomenon appeared to be almost exclusively connected to human psychology and the emotions humans experienced, including shame and self-blame, and required "fairly advanced social cognition", Prof Bering said.

"People who are suicidal are genuinely in an altered state of consciousness," he said.

Originally from the United States, Prof Bering was known for his provocative previous works such as Perv: The Sexual Deviant in All of Us and The Belief Instinct: The Psychology of Souls, Destiny, and the Meaning of Life.

While the subject matter of his latest book was heavy, Prof Bering said it helped to distance himself from it by dealing with it as an academic study.

It was a take on "how strange it is, really, as a biological event".

Suicidal contagion was a tricky issue, and Prof Bering said it seemed the accolades high-profile people received in the media led to suicidal people correlating their own death with a "positive emotional response" from others - despite the fact they would not be there to experience it.

It was impossible to read other people's minds, so one of his reasons for writing the book was also to familiarise people at risk of suicide with their own mental state, and encourage them to seek help.