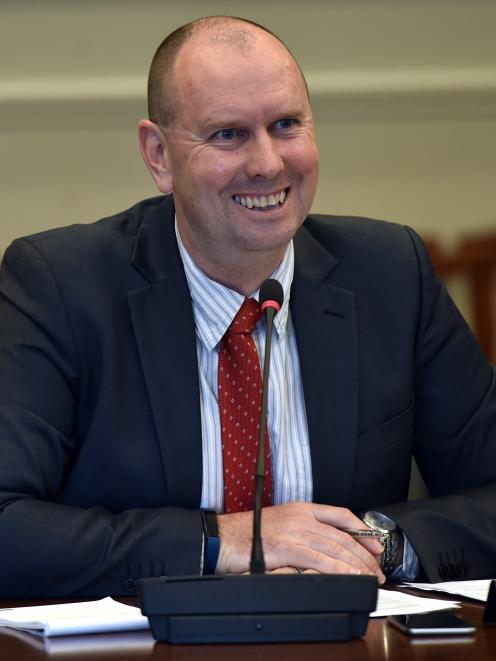 Dougal McGowan
Dunedin businesses are cautiously optimistic about the city council's $850million plan for the city.

The Otago Chamber of Commerce held a forum yesterday about the Dunedin City Council's 10-year plan.

Concerns were raised about the proposed central city upgrade as well as whether the council had considered possible construction constraints when planning its major projects.

The impact of rates increases on individuals and businesses was also raised.

Cr Staynes encouraged businesses to make their own submissions on the plan as well as contributing to the chamber's submission.

``The more businesses that take the time to submit, the more influence those views have on councillors,'' he said.

The chamber's chief executive, Dougal McGowan, said the organisation would start its formal consultation today, but informally members had already expressed support for parts of it.

``What we are hearing is that it's great to see there is a vision for the future of the city,'' Mr McGowan said.

It was positive the council planned to invest more money in economic development as well as basic infrastructure, he said.

``We can now start to see there is money going into how we create strong economic development in the city, which will continue the growth we already seeing.''

How about a hospital before some of these "vision" ... "Dreamers" ... start dying while they're on the waiting list for surgery ... as many other people are.

The headline proclaims in the style of the ODT's relentlessly positive policy that there is: "Support for city vision among businesses". This is misleading: from reading the article we discover that only some OCC members have expressed some degree of support for some parts of some of the DCC's proposals.

The OCC Chief Executive seems to think that any "vision" is a good vision and spending a huge amount of ratepayer money means that it must be quality spending. He is wrong. They are all wrong to think that the DCC bureaucrats and ideologically obsessed town planners have the will and ability to choose the best options for the city.

The Central City Plan and the Tertiary Precinct are very low quality spending and while the cost will be $80 million, the details of the work have been kept secret. It seems likely to me that after spending this huge amount, that the place will be worse than it is now. We don't need Dave Cull's Florid Bridge, we don't need to raise rates, we don't need to destroy the One Way System and when we sell all the DCC property investments to pay for it, what we will have left is an enormous debt and much higher rates. This 10 year plan is unaffordable.