Surgical mesh patient: 'It is a constant battle' 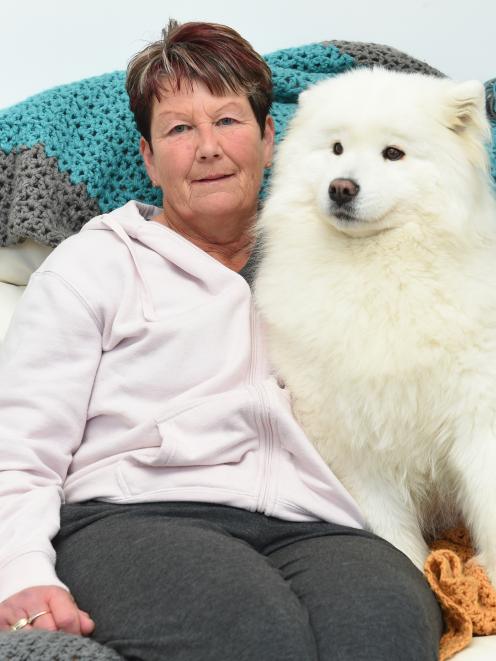 Tomorrow she will tell her story to a restorative justice forum in Dunedin in the hope others will not endure the agony she has.

Mrs Reeve is one of hundreds of New Zealanders who have signed up to take part in the forums, organised by patient rights group Mesh Down Under and the Ministry of Health.

Dunedin hosts two sessions tomorrow; the nationwide forums have been so oversubscribed that extra events are being organised for September and October.

Surgical mesh is used after some surgeries to provide extra support, particularly for treating hernias and prolapses, but some patients have suffered serious side effects.

Mrs Reeve was initially delighted with her 2010 procedure, carried out to repair a prolapsed bowel.

Years of unsuccessful meetings with many doctors to discuss her increasingly painful symptoms followed, in which Mrs Reeve felt she was not listened to and told it was all in her head.

In 2016 it was finally established that she had "mesh erosion" and that the material had also twisted in her body.

"At the end of 2017 they took my mesh out and I was fine for eight weeks, but then I had more symptoms of pain and numbness and I was still in agony," Mrs Reeve said.

She likened the procedure to trying to pick chicken wire out of concrete: "do you think you would ever get all the wire out?"

While surgeons had tried to remove all the mesh from her body, her continuing pain meant she was sure that despite the doctor's best efforts small fragments of mesh remained within her.

"I wake up every day thinking I am going to be fine today, but then I go down like a ton of bricks."

Mrs Reeve, a Samoyed breeder and trainer, said the pain she lived with had severely compromised her quality of life.

"I used to be pretty active and out and about in the great wide world and busy with everything," she said.

"Now I have a constant stabbing feeling in my left side, I have no control over my bowels, it is a constant battle.

"I have lost so much, I have lost all my agility, I can't show my Samoyeds, I have lost the enjoyment of my grandkids and being able to pick them up.

"I am trying to make a new life, but how do you make a real life when you are in so much pain?"

Mrs Reeve said she hoped the forums would see a ban on surgical mesh in New Zealand, that a section in ACC be set up to deal with their claims, that a class action be taken against mesh suppliers, and that mesh patients were listened to by the Government and their plight understood.

"When we feel so ill, so tired and in so much pain, why are we fighting a battle to be listened to ... it is sad what we are all going through."