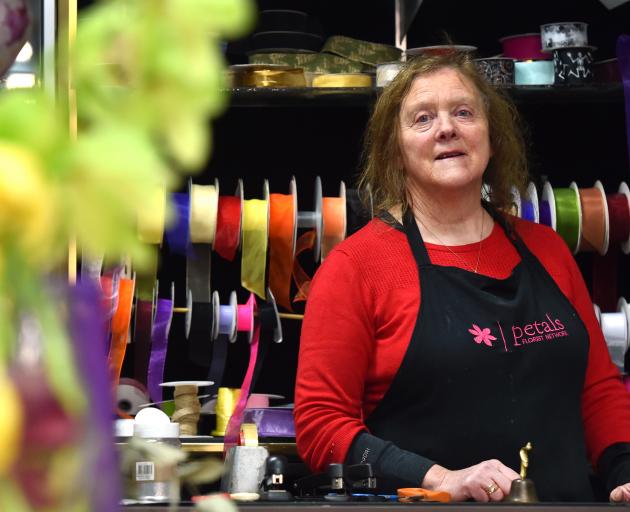 Her impassioned defence of Te Whare Pounamu Dunedin Women's Refuge comes after a damning report emerged this week describing theft, mismanagement and bullying in the organisation.

The Ministry of Social Development report, which summarised investigations carried out by the Ministry and Deloitte, highlighted claims by former staff of bullying, unsafe work practices and theft of donated items.

The report said the claims "appear to have been substantiated to a degree that is concerning" and investigators found the refuge fell short of three Social Sector Accreditation standards and was required to undertake three "critical actions" by August 16 as part of a corrective plan.

But Florist At The Dunedin Warehouse owner Karen de Beer said the claims of serious issues by former staff did not square with her experience of the refuge.

Its staff came to her aid after 23 years in an abusive marriage in which she was repeatedly assaulted, she said.

Ms de Beer said she was sleeping in her car after fleeing the marriage when a woman who came into her store collecting for the refuge learned of her plight and passed it on.

Staff quickly arranged a place in one of its safe houses, she said.

"The next thing they turned up here and said, `We're going to take you to the refuge,' and that's what they did. It was so beautiful.

"I believe they saved my life."

She stayed in the safe house for several months and the refuge was quick to arrange a lawyer to obtain a protection order against her ex-husband.

"I will never be able to give enough gratitude for what these amazing women did for me."

She also spoke highly of social worker Chrissy Thomas, a former Te Whare Pounamu worker who went public with what she said were abuses of power within the organisation.

It is understood staff from the Ministry for Social Development met representatives of the refuge yesterday, ahead of a full meeting with the board.

Asked if any or all of the critical actions the report said needed to be completed by August 16 had been completed, ministry social services general manager Barry Fisk said it had recently received more information from the refuge.

"We expect this to take time as there were several critical actions across different areas to be addressed.

"We will meet the board as soon as practical to discuss any outstanding matters and reach a final decision."

It was hoped the meeting would be by the end of September, he said.