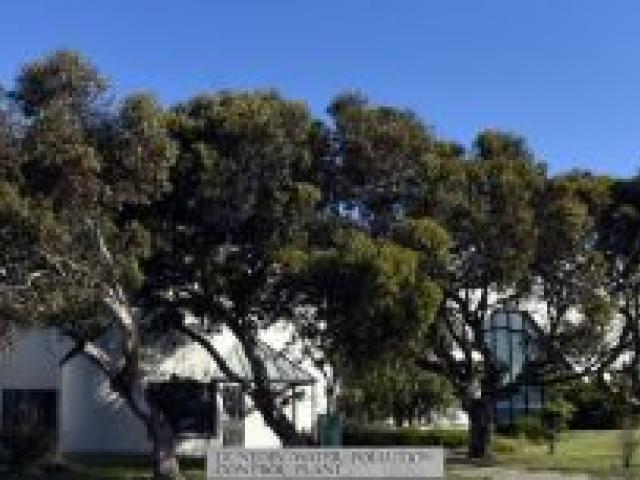 The Dunedin City Council believes the stench, described by neighbours as being like the smell of rotting vegetables, was caused by the long period of rain being followed by hot conditions.

The council, which had received about 15 complaints, had hired contractors to fix the problem over the long weekend, but could not make any promises about when the smell, which has spread as far as the Harbour Mouth Molars sculpture on Portsmouth Dr, would be eliminated.

Tahuna Rd resident Sandra McCullough, who has lived opposite the plant for about 25 years, was fed up and said the smell coming from the plant was the "worst'' it had ever been.

"I came home on Thursday and it was that bad you could throw up.''

Given the council had spent $200million upgrading the wastewater system, such problems should not happen, she said.

Her message to council staff was: "You come and live here.''

"Live beside it and then see how you feel.''

Cameron McGregor and his wife Rebecca, who had just bought a house in Crest St, Tahuna, said the smell was so bad they were questioning their decision to buy in the area.

"It comes to a point where it gets into the house and I have to open the back door to get it back out,'' Mr McGregor said.

As they were driving to their house they could smell the plant from as far away as the Harbour Mouth Molars sculpture.

He was disappointed no-one from the council had spoken to them about the source of the smell and when it would be remedied.

Tahuna Normal Intermediate School principal Tony Hunter said it had contacted the council about the smell, which he described as being like rotting vegetables.

The intensity of the "not very nice'' smell depended on the level of wind. If an offshore breeze was blowing, it was not a problem at all, Mr Hunter said.

Council wastewater treatment manager Chris Henderson said the problem was caused by two of four biofilters being taken out by seven to nine days of rain, followed by a couple of "really hot days''.

"They basically seem to have experienced a bit of shock and they haven't been able to drain moisture properly,'' Mr Henderson said.

The bacteria which normally ate ammonia and hydrogen sulphide had died off and the smell was spreading to the surrounding area.

Contractors would be working over the weekend, cleaning out drains in an attempt to correct the moisture and the pH (acidity) levels, to get the bacteria population back to normal levels.

Mr Henderson believed the problem started on Wednesday, but some residents said it had been around longer than that.

The contractors would attempt to reduce the smell over the weekend by reducing the odour extraction to an "absolute minimum'', which was possible only because no-one would be working inside the plant.

It would also be looking at potential long-term solutions to stop it happening again.

The problem, which came after a period of dry weather caused a similar stench last March, was "very frustrating'' and he apologised to nearby residents.

The smell meant the plant would be breaching its consent, which stipulated there should not be any objectionable odour beyond the boundaries of the plant.

However, the breach would not affect the operation of the plant, as it was not a result of negligence and the council was "doing it's best'' to rectify it.