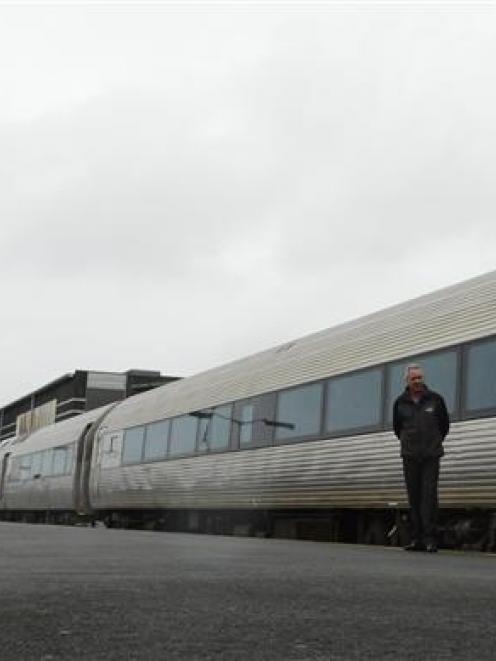 The company has taken delivery of one of three Silver Fern railcars built in 1972 for the Auckland to Wellington service.

The RM24 will mainly be used during the cruise-ship season to transport passengers on shorter trips around the area, such as to Merton and return.

It will also be scheduled for other passenger services in the area.

While it was too wide for the Taieri Gorge railway, it would be available for charter and could travel any line between Bluff and Christchurch.

It sought the railcar mainly for the cruise-ship season after it learned cruise passengers wanted shorter journeys that they had not necessarily pre-planned.

"It's also ideal for corporate, or group trips, and because it is self-driving, and doesn't need to change a locomotive from one end to the other, it can access places such as Waihola."

The 96-seater Japanese-built diesel-electric railcar, refurbished by KiwiRail a few years ago, was most recently used for charter services on the TranzScenic route, and was in service in Auckland before that.

Mr Bond said he had been negotiating with KiwiRail about a lease for nearly a year, but was confident it would be a success and that the train would remain in Dunedin longer than its one-year lease.

The railcar's schedule would be announced in a few weeks.

It would travel between Dunedin and Palmerston daily in the first week of October for staff training and there would be inaugural trips to Palmerston and Waitati on October 6.

Bookings for that trip would be essential, Mr Bond said.