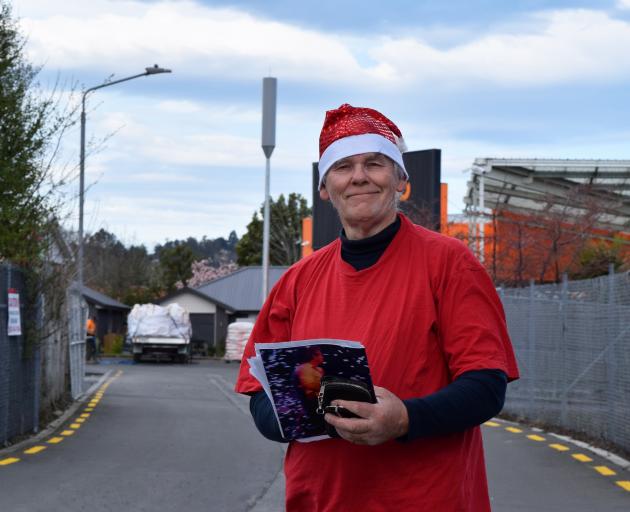 A service lane between Church St and Gordon Rd and its surrounding spaces, including council car parks, would be a great place to hold a community event.

"I thought that would make a great area to hold a Christmas carnival.''

The council and businesses surrounding the lane were supporting the event, which would run between 5pm and 8pm on Saturday, December 14.

The lane would be transformed into a family-themed wonderland using snow machines and decorating mature trees in the area with lights and tinsel.

Christmas carols would play on a giant screen.

"Every corner you turn there will be something on and entertaining.''

A range of food trucks and market stalls would feature.

Mosgiel used to have a similar event - Mosgiel Christmas Market - but it ceased to run in 2017.

The Mosgiel Business Association had held the annual street market in a closed of section of Gordon Rd but ended it to expand a market at Party in the Park, which was held in Peter Johnstone Park in February.

Mr Bone said holding a Christmas event outside Gordon Rd avoided having to pay a fee to close a state highway.

The motivation behind the event was to create an event for the community, especially families in the area, to get together. The event was for people across the wider Dunedin area.

The success of the inaugural event would dictate if it became an annual event, he said.

• Anyone keen to get involved, from stallholders, performers to schools could could email johnboneemail@gmail.com