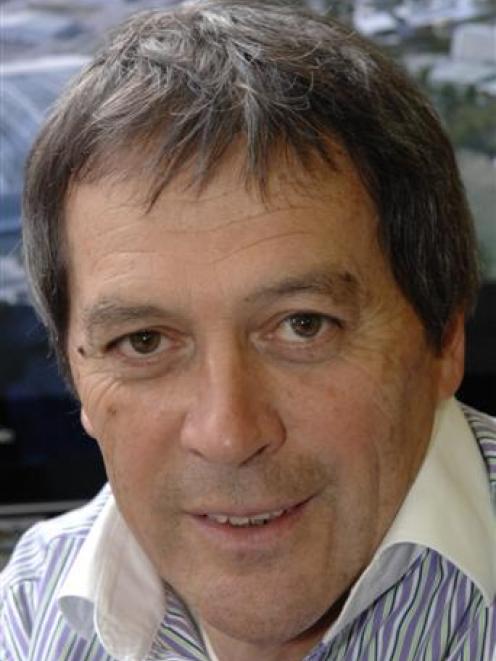 Ian Taylor
Dunedin's Ian Taylor says he is not especially skilled or talented, but has taken opportunities when they presented themselves.

The 61-year-old managing director of Taylormade Media has been made a Companion of the New Zealand Order of Merit, for services to television and business.

Speaking from Melbourne, Mr Taylor told the Otago Daily Times that although it might sound "twee", he was being genuine in giving the credit to his staff, business associates and wife Liz Grieve.

He was "average at most things", and not particularly business or technology savvy.

The most important decision was to remain based in Dunedin, and most of the good outcomes he had had could be traced to that, he said.

In Dunedin he had collaborated with solid local businesspeople, employed world-class graduates from the University of Otago and taken on the lease of the former TVNZ studios when the broadcaster scaled down its Dunedin operation.

"When I look at whatever I achieved in television it was because I just took that fork and ran into fabulous people who were really really good at it."

In Dunedin he also met his future wife, Ms Grieve, a lawyer, who provided a sound footing while he "played" in the world of TV.

In 1989, he established Animation Research, which has become one of New Zealand's top computer animation companies.

Mr Taylor is also on the Ministry of Science and Innovation's Innovation Board and is deputy chairman of the Maori Television Service.