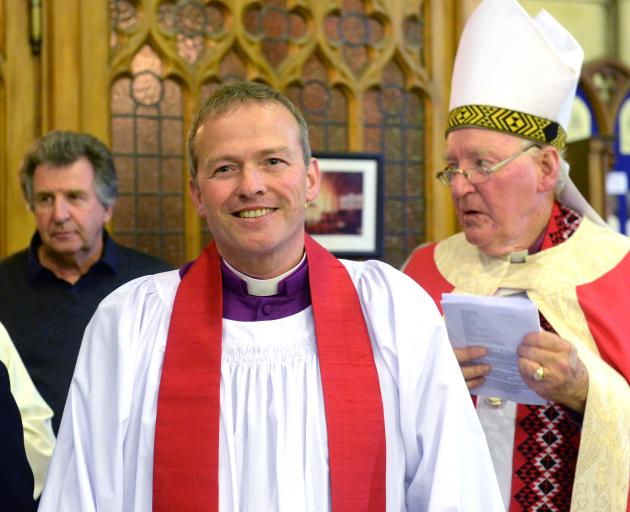 The Rt Rev Dr Steven Benford (56) was ordained and installed as the tenth Anglican Bishop of Dunedin last night.

The qualified medical doctor relocated from London to take up the post vacated by the Rt Rev Dr Kelvin Wright, who retired earlier this year after seven years in the role.

About 500 people packed into the cathedral to witness the ordination.

The Anglican Archbishop of New Zealand, the Most Rev Philip Richardson told Dr Benford his calling was an important one.

"To love Jesus means to act for the benefit of the other," he said.

"What a world we would live in if we lived it out."

Dr Benford was supported by his family and called into the cathedral by representatives of Kati Huirapa Runaka ki Puketeraki.

He previously served as vicar of St Joseph the Worker, Northolt, in the Diocese of London.

He had served as a doctor for three decades and in the 1990s worked as a GP in Oamaru.

His wife, Lorraine, was born in Dunedin and grew up in Gore. They have four  adult children. 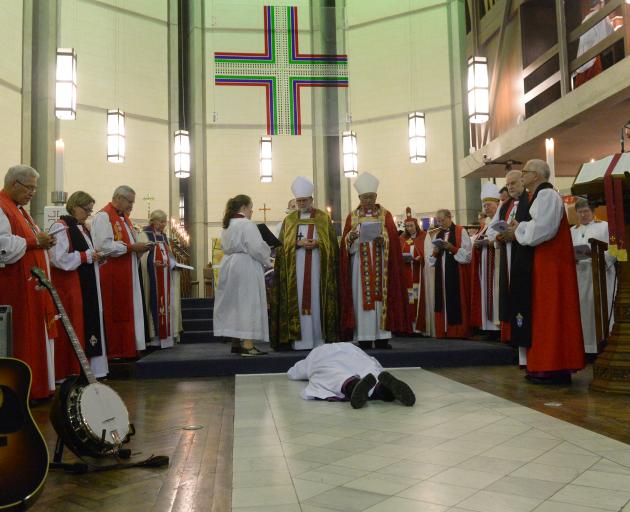 Dr Benford prostrates in silence in front of the altar during his installation as Anglican Bishop of Dunedin. Photo: Linda Robertson
Comment now