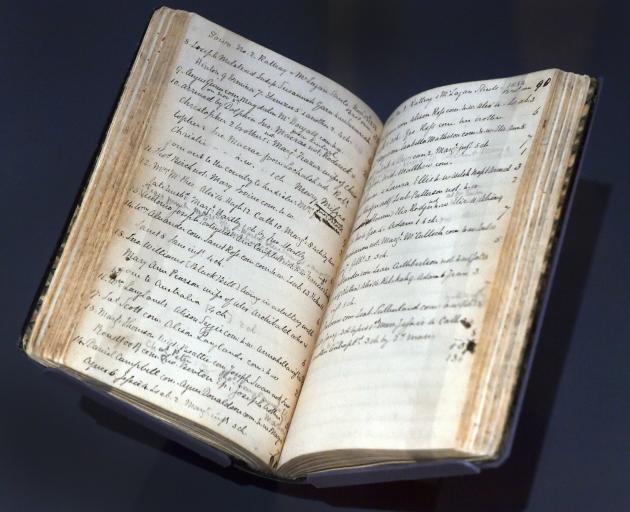 As the spiritual leader of the pioneer Scots, Scottish-born Rev Burns (1796-71) was the most important religious leader in early Otago, laying the foundations of Presbyterianism in the new colony.

The museum’s internet site describes him as ‘‘like an Old Testament patriarch among the first settlers’’, energetic in his pastoral care.

The nephew of Scotland’s national poet, Robert Burns, Rev Burns visited every home in his far-flung parish regularly, over the first years of settlement.

In his visitation book, he kept careful records of these visits (1848-1857), noting the composition of each household, and the relationships, ages and religious affiliations of all those present.

Museum director Cam McCracken told the museum’s board meeting this week the book provided ‘‘an invaluable record’’ of Maori and European people living and travelling through Dunedin.

This was the ‘‘Domesday Book of early Otago’’, a census substitute ‘‘unique in the annals of colonial New Zealand’’, the museum said.

The record of Rev Burns’ annual visits also enabled the growth of early families to be tracked, and their movement around the district.

Mr McCracken said the book had recently been conserved and digitised at the Auckland War Memorial Museum, and returned for display at the museum.

The newly digitised material could be incorporated into future, more interactive, displays.

The museum had shared the information with Ngai Tahu.