Long ago, I had a reputation for leaving rally cars with their wheels pointing at the sky.

So perhaps it should be no surprise that it has been about 33 years since I last sat in one — a good thing, some who know me might say.

But the thrill of this high-speed ballet on gravel never dies and with retirement approaching almost as fast as Hayden Paddon on a special stage, it seemed an appropriate time for one last sideways fling. 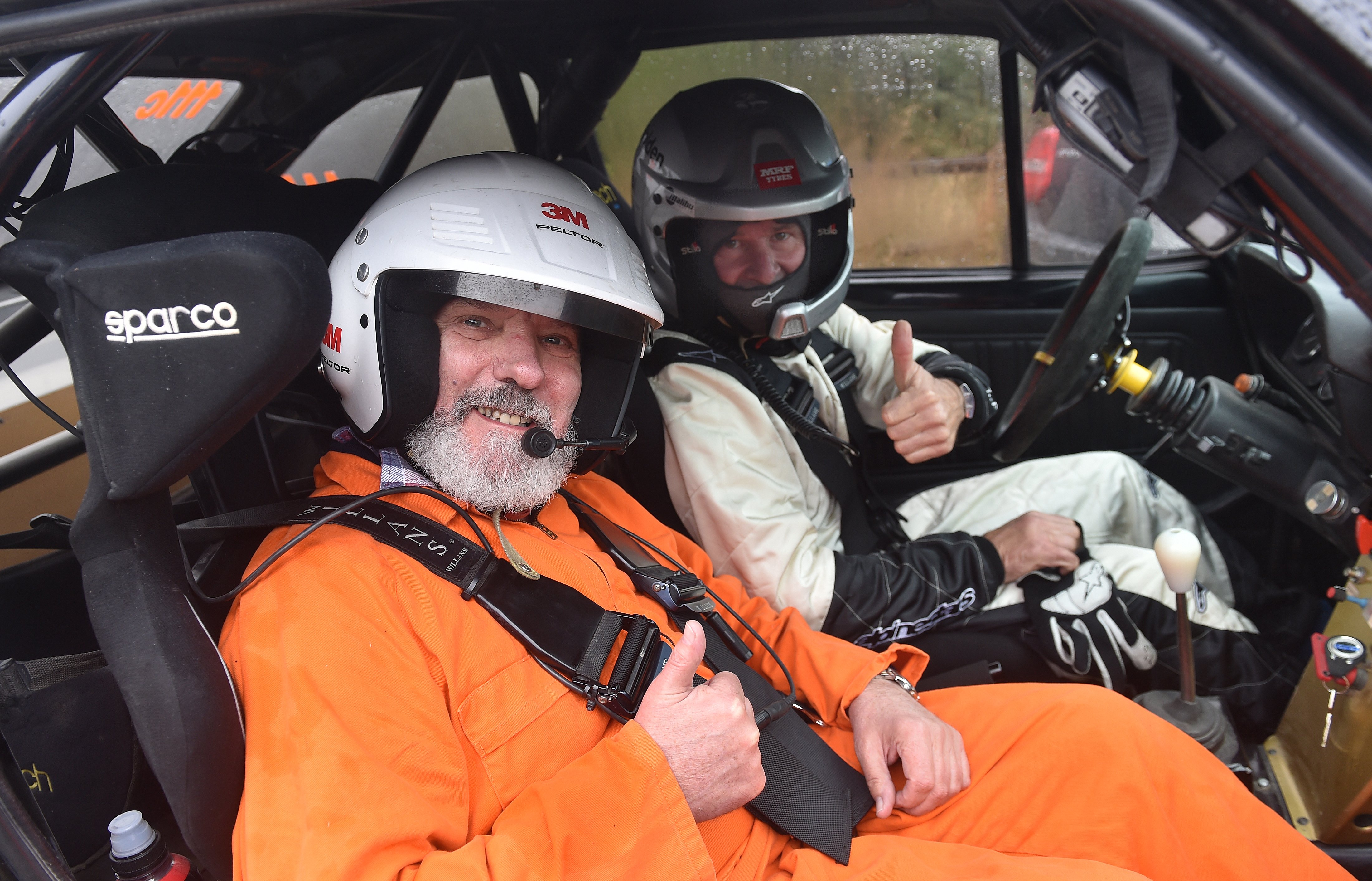 By his own admission, Slight’s experience of rallying amounted to not much more than the four runs he had made over a 4km course before I hopped in the car with him.

A case, perhaps, of the forgetful leading the blind?

Much has changed in rallying since my day.

Back then, pace notes were banned; about 30 of the 114 starters on Saturday will drive the Otago Rally ‘‘blind’’, but the majority will have co-drivers calling detailed notes on the road ahead.

Slight is in the latter group and told me he found notes ‘‘incredibly helpful’’.

Aaron Slight powers the Rossendale Ford Escort BDA away from the start line. PHOTO: PETER MCINTOSH
But I had no experience of reading notes and this would be a blind run, with only his memory of the course and others’ skid marks to guide him.

I had forgotten just how cramped it is inside a Ford Escort RS1800, wriggling, with difficulty and outside help, around the integral roll cage and being strapped into a deep bucket seat.

I had not forgotten the noise, the bark of the four-cylinder engine, the whine of the transmission and rattle of gravel.

There is nothing refined about a rally car, stripped back to the bare essentials.

Nor had I forgotten the tendency of a two-wheel-drive car to fishtail from a racing start on gravel, or the somewhat unnerving experience of approaching corners sideways.

It was misty up on Flagstaff and from the start line we could see only as far as the first brow. I knew from mountain-biking experience the road bent to the right over that brow but — whoa! — not that much.

At rally speeds, bends that had seemed mere kinks become proper corners, tighter bends even tighter, and so it goes. Those notes really must help.

But Slight handled it all with aplomb, while commenting on the narrowness of forestry roads.

He was, he said, looking forward to getting out on the wider, faster roads of South Otago, come Saturday morning.

All too soon, it was over and we cruised back to the start, memories rekindled for me and a bit more experience for Slight.

I’ll be out there watching on Saturday and Sunday. For others doing the same, it might pay to keep an eye on Aaron Slight.

He will be in car 111c, a black Ford Escort, running in the classic rally section.

Watch him grow into his new game.