Timekeeping error in sundial straightened out 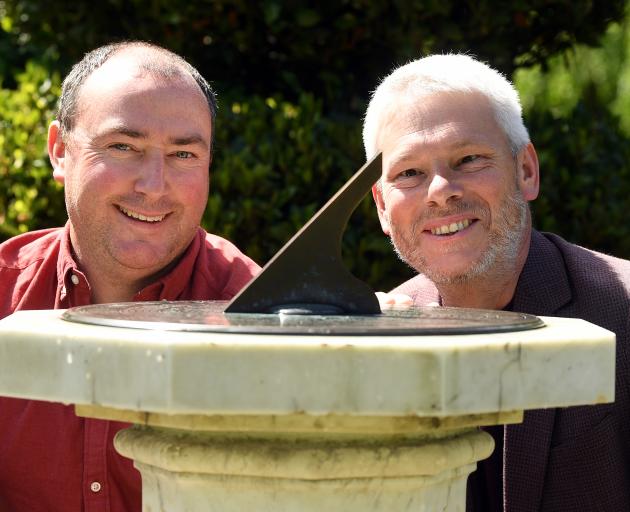 Your troubles could be over the next time you visit the northern side of the Dunedin Botanic Garden, because there a revamped sundial, with improved accuracy, awaits to help with your timekeeping.

Dunedin Botanic Garden staff recently discovered the sundial might have been 20 to 30 minutes slow since its installation about 1926, Clare Fraser, of the garden's adult education section, said.

After remedial action, "it's all sorted out", she said.

The sundial originally came from the 1925-26 New Zealand and South Seas International Exhibition in Dunedin, but its garden installation date remained unclear.

For the sundial to work correctly, the gnomon -the projecting piece that casts the shadow- should point true south.

However, it was pointing about south southwest, a misalignment of about 25 degrees, causing the dial to run slow.

About three years ago a visiting British specialist had offered to help, via the Otago Art Society, but a death led to a delay, Ms Fraser said.

Donal Hickey, of Wainwright and Co Stonemasons, helped to correct a lean which had developed with the plinth, and Dr Griffin recently guided the gnomon resetting, which had to be done in the early afternoon on a sunny day.

The outcome was "great".

Dr Griffin said this sundial had been created in the 19th century by James Steward, of Invercargill, who was known as the "sundial king".

Mr Steward had built more than 200 sundials throughout the country.

The Dunedin City Council and staff at the council's botanic garden were keen to overcome problems with the sundial, and he was glad to help as "a minor player", Dr Griffin said.