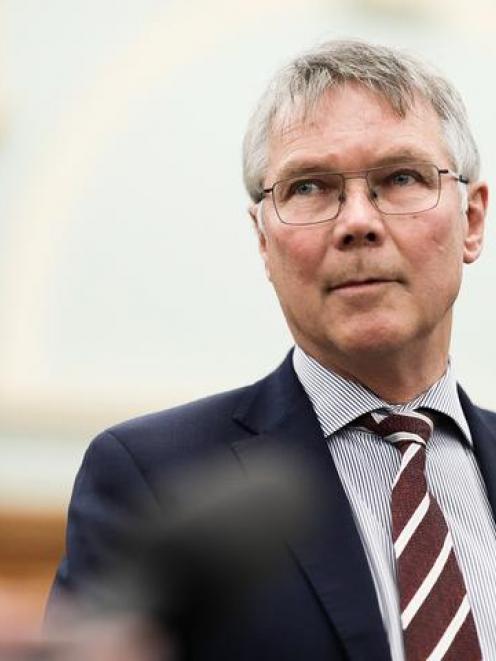 Several groups had written to the minister raising ‘‘significant concern’’ about due process and decision-making when considering freshwater issues, Mr Parker said in a letter to council chairman Andrew Noone last week.

‘‘It seems to me premature at this point to consider intervention options available under the Resource Management Act 1991 and the Local Government Act 2002, as some have advocated,’’ he said.

‘‘By the same token, I am keen to receive assurances from you that you will provide me with a high level of confidence that a robust freshwater plan will be notified as agreed.’’

Mr Parker said he shared the concerns of others that the council’s decision of August 25 to delay noting minimum flows for the Manukerikia River would hamper its ability to have new rules for the region in place by 2023.

He said he wanted written confirmation the council remained committed to delivering its freshwater plan on time.

He said he wanted reassurance a comprehensive flow regime for the Manuherikia would be included in its plans.

Mr Parker said he wanted to know when the council would make a decision on those flows.

The need to establish environmental flows and levels had existed nationally since 2011, he said.

‘‘I would have expected sufficient progress in data gathering and scientific research to have already been made so that decisions could be made,’’ Mr Parker said.

At the end of August, council staff asked councillors to note proposed minimum flows for the Manuherikia River, but they did not.

Instead, in a 6-4 vote on August 25, councillors asked for more technical work to be done in the priority river, including habitat modelling, and a scientific peer review of the hydrology work.

A minimum flow is a mandatory cut-off point when water can no longer be taken under low-flow conditions. When a river drops below its minimum flow, anyone with a consent to take water, other than a deemed permit, must stop.

Council staff recommended a staged approach to allow farmers to adapt to the changes council was signalling.

After councillors voted to work on the science rather than note minimum flows for the Manuherikia, a Central Otago environmental group started a petition calling for the minister to dismiss the councillors and appoint commissioners. It garnered 500 signatures in two days, including the council’s immediate past chairwoman, Cr Marian Hobbs.

At the time, Mr Parker said it was too soon to speculate on appointing commissioners.

The petition was closed about a month ago after it reached 1499 signatures.

Manuherikia has had 30 years of knowing consents would need to be renewed in 2021 and knowing that a new Minimum Flow would be included on their consent.
Implementing an appropriate flow for main stem and tributaries such as Danseys, Lauder, Thomson’s and Chatto Creek should simply be a formality at this point. There’s so much data available!
Your job is to protect the environment ORC!