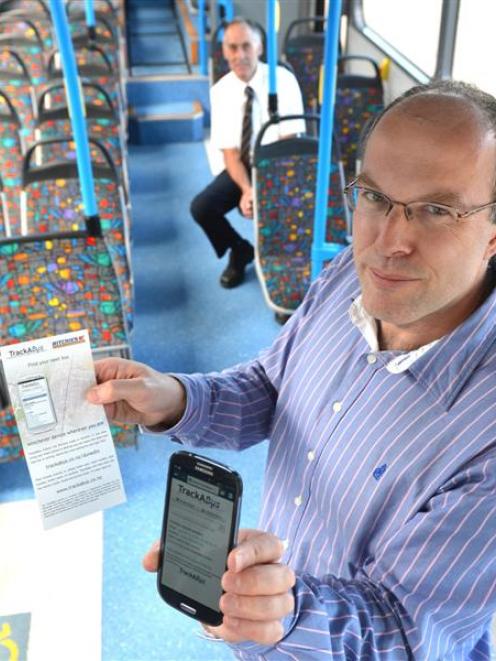 The service allowed bus users to access information using electronic devices - such as computers, smartphones and cellphones - to discover when the next bus would arrive at a stop, he said.

Mr Mein said a survey of Dunedin bus users revealed the most annoying part of using a bus was waiting at a stop, unaware if a bus had just been missed.

About a year ago, locator units were installed on the Ritchie buses, which served 10 routes in Dunedin. He was ''excited'' the Otago Regional Council was restructuring the bus routes, as it was a perfect time to ''officially'' introduce the service in Dunedin.

Mr Mein said he was working with the council to have the service included in the restructure.

''Wouldn't it be great if that had a real-time element, a new service, where you knew when the bus was coming and that you are going to get where you needed to go?''

The service was available in Queenstown on 10 Connectabus buses and on 13 buses serving eight Wairarapa routes.

The service had been a hit with passengers, especially when the bus service was interrupted.

''On a snow day, they can tell if the bus is running late or not running at all,'' Mr Budd said.