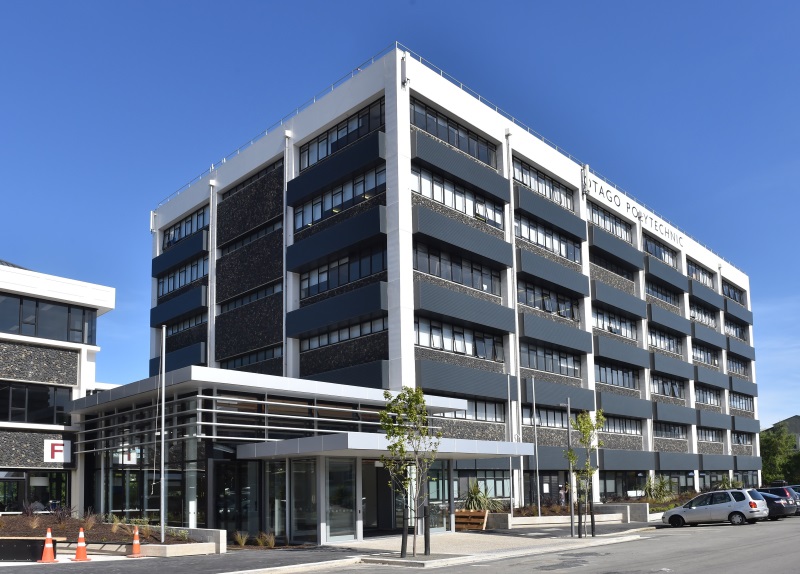 The merger idea has been vehemently opposed by the Southland Institute of Technology and Otago Polytechnic, and it also appears to be causing concern within the trades industry. Photo: ODT files
Trade organisations and a nursing organisation are "nervous'' about what the future holds, following the Government's decision to merge New Zealand's polytechnics.

Last week, Education Minister Chris Hipkins announced New Zealand's 16 polytechnics would be merged into one national campus - the Institute of Skills and Technology.

The merger idea has been vehemently opposed by both Southland Institute of Technology and Otago Polytechnic, and it also appears to be causing concern within the trades industry.

Bay Building Dunedin Ltd owner John Laverty said very little was known about the merger and how it would affect the building industry and its apprentices.

"It's hard to say what impact the change will have. It depends on how it's set up and how it's going to be run. That's the great unknown at the moment.''

While he did not believe there was anything wrong with the way the Otago Polytechnic's building course operated, he said the merger might be an opportunity to improve and streamline the course.

Master Plumbers New Zealand chairman Craig Foley, of Dunedin, said something needed to change because more and more school leavers were extending their education through universities, rather than polytechnics.

"But if you ask me my honest opinion today, there's just a bit of nervousness about how this is actually going to play out, and how the Workplace Development Council (WDC) is going to look and act, and will they be successful.''

He said the proposed new WDC would replace the Industry Training Organisation (ITO).

New Zealand Nurses Organisation nursing policy adviser and researcher Sue Gasquoine said unlike trades apprentices who were paid to study while on the job, nurses had to pay to do their study.

She said nursing degrees cost up to $40,000 and she was concerned the merger might cause costs to increase.

"We are still looking at the detail.

"We're keen to establish that the changes won't negatively impact nursing education programmes in terms of their current access to work-based learning, and that on graduation nursing students won't have more debt than they do now.''

She said the national nursing workforce was dependent on the institute of technology and polytechnic sector for 75% of its registered nurse graduates and 100% of its enrolled nurse graduates.

"So it's very important that the transition arrangements for the sector are robust.''

Some tradesmen told the Otago Daily Times the positive side of the situation was everybody was talking about apprenticeships again.

They hoped they would become "fashionable'' again, and more school leavers would see it as a viable career option.

Southern District Health Board commissioner and Otago Polytechnic Council chairwoman Kathy Grant has been selected as part of the national establishment board that will bring the polytechnics together.