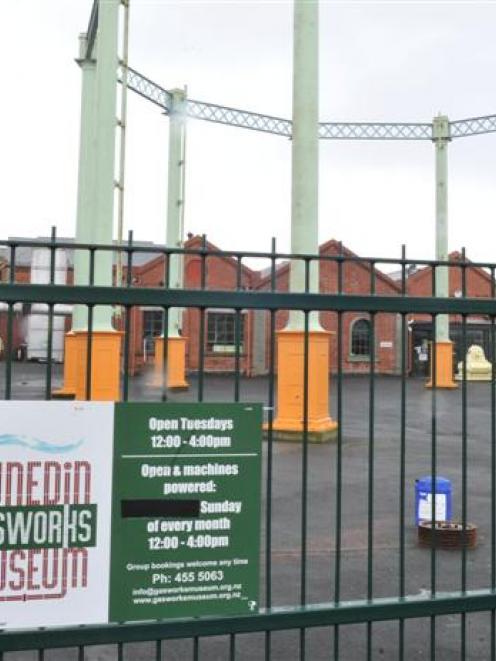 The plea for additional funding came as Dunedin city councillors heard public submissions on the 2013-14 draft annual plan, which had allocated $50,000 for museum maintenance.

However, the trust, in its submission, warned the gasworks museum's buildings were continuing to deteriorate, and up to $2 million was needed to ensure they were protected.

The trust wanted the council allocate $1 million in each of the next two financial years towards costs including strengthening and restoration, as well as a dedicated staff of five.

Board member Angela Howell said the museum remained Dunedin's ''best kept secret'' as the only remaining operational gasworks in the world.

However, it was threatened by continuing deterioration, and recently lost the use of a boiler that was shut down after failing its certification test, she said.

Without it, the museum's machinery could not run and it would be too cold to open during winter, she said.

The trust would have to find $100,000 to repair or replace it, and councillors needed to decide if the museum was ''worth saving''.

With the facility to celebrate its 150th birthday later this year, it was hoped councillors would consider granting a ''birthday present'', she said.

The list of projects needing funds included the gasworks' ''symbolic'' chimney, which drew visitors to the museum but was in need of ''relatively urgent'' strengthening work, the trust's submission said.

The museum also needed new toilet facilities, costing $150,000, as a ''priority'' ahead of its 150th birthday events in October.

However, the biggest cost facing the trust was the need for professional staff, rather than volunteers, to run and promote the facility, she said.

The trust wanted a ''modest operating budget'' of $783,000 a year to pay for five staff to oversee its development, operations, marketing and events and other activities.

Mayor Dave Cull said the trust appeared to have ''a lot of needs'' and suggested a prioritised list of projects would be needed ahead of council budget deliberations next week.

''They will need to be put in some kind of order.''