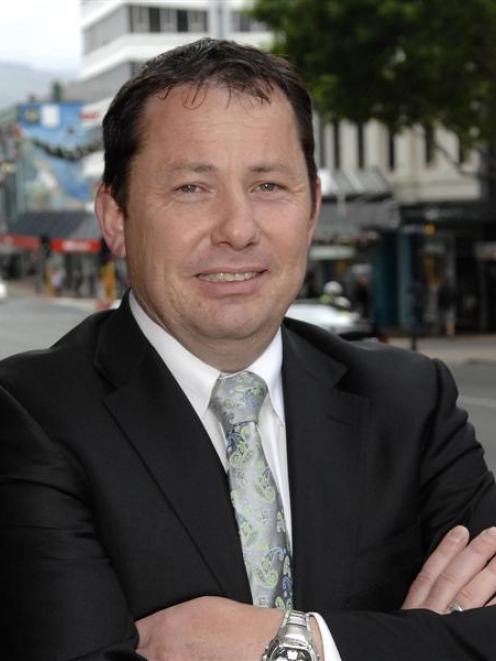 John Christie
Football South has set up a trust for private and corporate donations to get the 2015 Fifa Under-20 World Cup to Dunedin but the Otago Chamber of Commerce doubts enough southern businesses will get behind the event.

Chamber chief executive John Christie said Otago businesses were not contacting him about donating money to ensure the tournament came to Dunedin.

The tournament would be great for the city but it had to ''stack up'' economically, he said.

For the initial bid, the council would have been expected to pay $450,000 over three years to Fifa to cover Dunedin's share of tournament costs.

Rate hikes had made ratepayers lose their ''appetite'' for funding the event and the financial benefits needed to be big enough for businesses to give money, Mr Christie said.

''Its a big chunk of money and you've really got to see significant benefit across the city to warrant that sort of investment and I don't know if we've got enough people in the private sector that would be willing to fund that.''

Football South had set up a trust for private and corporate donations, he said.

''And we've already received some money. We're on our way.''

Details of the donations were confidential but contributions could be made by contacting Football South, he said.

There were financial benefits of hosting the event but the expectation of ratepayers footing the bill was unrealistic, he said.

Dunedin Mayor Dave Cull said the 2007 Fifa Under-20 World Cup in Toronto showed the financial benefits did not ''stack up'' compared to costs.

''At the final, there were 24,000 people. That's the final, so we couldn't even sell our stadium here with the number that went to the final in Toronto.''

However, the council was still talking to Fifa about matches coming to Dunedin, he said.

''The council will continue to discuss with Football South and Fifa and we will be interested in the process of any fundraising.''

The committee met the target through private and corporate donations, he said.