Orokonui Ecosanctuary’s population of endangered native species was bolstered by the arrival of 17 juvenile tuatara yesterday.

The 3 to 4-year-old tuatara, reared at the University of Otago, joined 87 adult and juvenile tuatara released at the ecosanctuary in 2012.

University of Otago department of zoology Prof Alison Cree said the national tuatara population was about 60,000. Orokonui was the only fenced ecosanctuary in the South Island where tuatara roamed free from the risk of predators.

Ecosanctuary general manager Chris Baillie said research by Prof Cree and her research assistant Scott Jarvie on the 2012 tuatara release group indicated the tuatara were thriving at the sanctuary. 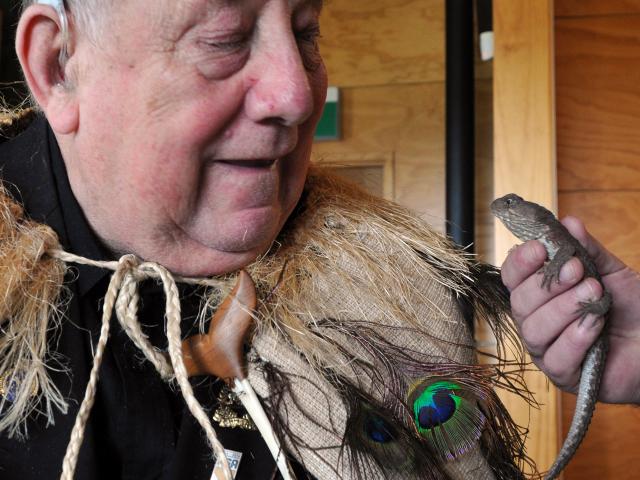 "We recaptured more than half of the tuatara that had been released about three years earlier and they appeared healthy and well,’’ Mr Jarvie said.

Prof Cree said the development of a tuatara population at the ecosanctuary was critical to the survival of the species.

"We see the establishment of a tuatara population at Orokonui as part of our commitment to help tuatara survive the challenges of climate change.

"Cooler southern locations are likely to become increasingly important to tuatara, as sea levels rise and conditions become hotter and perhaps drier on some northern islands."

The 17 tuatara were released one by one in a newly cleared area within the sanctuary close to the area where the 2012 cohort were released.

John Williams, of Dunedin, was given the honour of helping the first tuatara into a burrow after volunteering to clear bush before the release.

Mr Williams said he had never seen a tuatara before his hands-on encounter.

The juveniles would take a further 11 years to reach maturity.

The prehistoric characters were likely to survive at the ecosanctuary for as long as 100 years, Ms Baillie said.