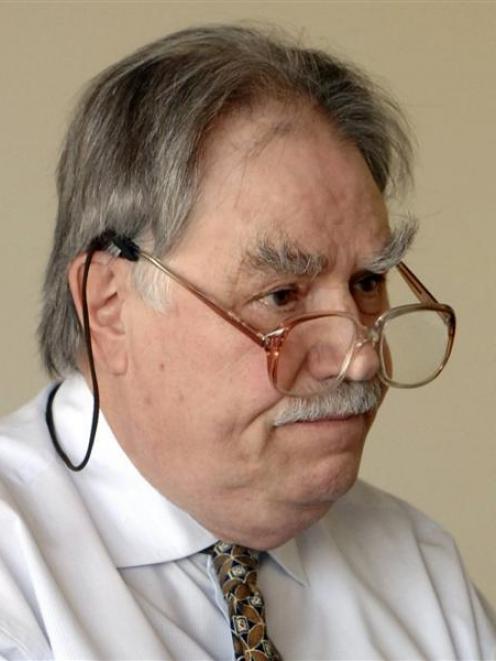 Rodney Bryant
The Dunedin City Council is still waiting for its new weather camera to begin broadcasting, months after paying Television New Zealand to install it.

The high-definition camera was installed on top of Radio Otago House in September, and was supposed to begin broadcasting shots of the city's weather and prominent buildings to TVNZ viewers within days.

A technical glitch was blamed for the delay and council communications co-ordinator Rodney Bryant yesterday confirmed the council was still waiting to see the first images screened.

"The technical term for what's happened is it's blown up. A piece of equipment's failed," he said.

The TVNZ technician who installed the camera was waiting on a replacement part before returning to fix the camera, Mr Bryant said.

TVNZ had asked for the repairs to be made before Christmas, but it was possible the camera might not begin broadcasting until early next year, Mr Bryant believed.

The delay was "annoying" but "nothing sinister", he said.

The council paid $10,500 from its city promotion budget for Television New Zealand technicians to install the camera.

It would replace an unflattering view of the Octagon with shots of the Dunedin Railway Station, Forsyth Barr Stadium, other buildings and the harbour.

The council owned the camera but it was maintained by TVNZ, and the council would not foot the repair bill, Mr Bryant said.