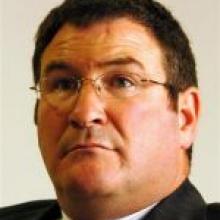 Kallum Croudis
Concerned authorities are urging anyone with information about an alleged prostitute operation in Dunedin employing under-age sex workers to come forward.

Neither the prostitutes collective nor police have so far received any information about allegations made in yesterday's Star newspaper.

Dunedin sex workers said they approached The Star this week after learning that schoolgirls, some as young as 14, were working as prostitutes in Dunedin.

They alleged young sex workers told them they had previously been managed by a man and a woman operating from a Dunedin house.

The young sex workers believed the operation involving girls aged under 16 was still running, the sex workers told the paper.

The allegations, however, remain unsubstantiated.

Police yesterday said they were not aware of any brothel operation in Dunedin involving underage sex workers, and had received no reports of such.

Detective Senior Sergeant Kallum Croudis said no investigation had begun, but exploitation of young people in that way was illegal and unethical.

He urged anyone with information to come forward.

Sergeant Kevin Davidson, of the Youth Aid section, which deals with the city's young offenders, said he had heard no rumours of the existence of such an operation and their intelligence would usually pick up something like that reasonably quickly.

Allegations that this was happening were "pretty serious" because once children were in this line of work, they might well be in it for life, Sgt Davidson said.

If other sex workers thought about how they got into the business, he was sure it would spur their wish not to see any children to go through the same experience.

Calum Bennachie, of the New Zealand Prostitute's Collective (NZPC), said any worker or concerned person could contact the collective, and their identity would be protected.

People operating a brothel must hold an operator's licence.

The law was such that only operators and clients were liable for prosecution, while young people's human rights were safeguarded and they were protected from exploitation.

NZPC took these sorts of allegations seriously, and would assist police in any investigation.

The sex industry was often reliant on whistle-blowers in these matters, but there were precedents where police had started investigations without initially receiving complaints, he said.