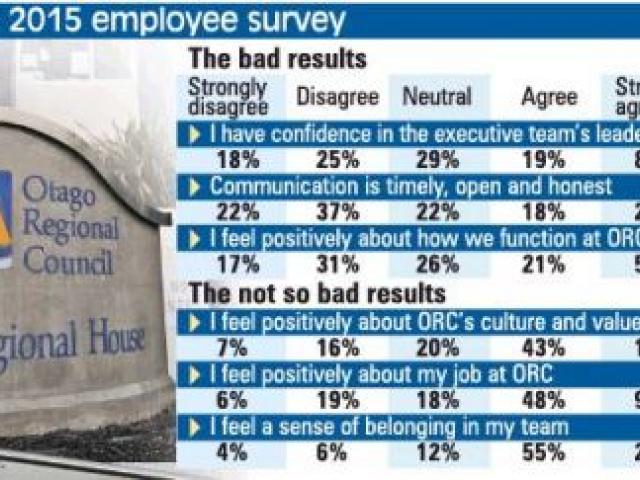 Otago Regional Council's chief executive has denied there is a ‘‘culture of fear'' in the organisation after top management were singled out for criticism in a staff survey.

Peter Bodeker, who was appointed chief executive in 2012, made the comments after the ‘‘2015 Employee Survey'', which was answered by 123 staff (95%), was leaked to the Otago Daily Times. 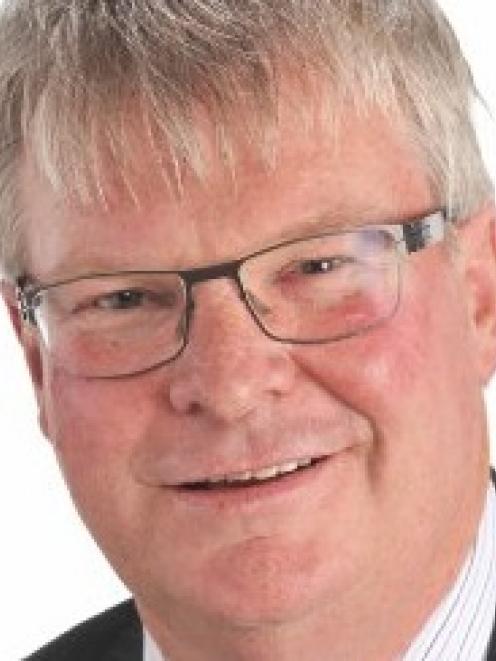 Peter Bodeker
The survey showed staff were particularly unhappy about the council's executive team of five directors and Mr Bodeker.

The results were backed up by a former staff member who said it was a case of ‘‘a few people'' making work unnecessarily difficult for other staff.

Among the more damning results were that only 27% of staff either agreed or strongly agreed when asked if they had ‘‘confidence'' in the executive team's leadership, compared with 43% who disagreed or strongly disagreed, with 29% giving a ‘‘neutral response''.

Only 20% of staff agreed when it was put to them communication across the organisation was ‘‘timely, open and honest''.

Of 101 staff who gave written responses when asked the ‘‘one thing'' that needed to change to make the council a ‘‘great'' place to work, 26% singled out the executive.

The next highest number of responses related to communication (16%), followed by culture within the organisation (12%).

One former staff member, who declined to be named, said atmosphere within the organisation was ‘‘very bad'' considering it was not facing the same stresses as businesses competing for funds in the private sector.

‘‘Working for the ORC should be one of the best jobs around, but it's made difficult by a few people.''

Some of the executive team were guilty of saying one thing one day and something completely different the next.

‘‘There is a fair amount of flip-flopping going on, which is very frustrating.''There was also an unwillingness from some to listen to criticism or alternative views.

Mr Bodeker said the ORC was taking the survey results, including concerns raised about communication and the executive team, ‘‘very seriously'' and steps were being taken to improve the situation.

One of the messages that had come through from the survey, and from listening to staff in its aftermath, was a desire for the executive team to be ‘‘clearer'' when it came both to setting goals and the level of service the council was expected to provide to the community.

He ‘‘absolutely'' disagreed with a suggestion from a former staff member there was ‘‘bullying'' at the council and said it was a good place to work - which was reflected in the fact it did not have high turnover of staff and the level of interest when job opportunities came up.

The survey results did not reflect badly on his performance as chief executive and was instead reflective of the ‘‘change'' the organisation had gone through in recent years.

The council was previously led by the same chief executive and a similar management team for a long period of time, but since then there had been a significant amount of change to reflect ‘‘the different work we are doing''.

‘‘We are implementing the water [quality] plan and up until when I arrived, they were developing it.''The change in the council's direction was needed, but would take time and ‘‘there are going to be some people who potentially aren't happy with that change''.

He disagreed with the suggestion the executive team were not open to criticism or feedback.‘‘We give staff lots of opportunities to speak.''

The high number of neutral responses to some questions in the survey was not because people were afraid to speak out, as the survey was ‘‘anonymous'' and carried out by an independent organisation.

The leak of the survey follows an ODT article published last week on staff morale at the Dunedin City Council, with past and present staff saying it was low, including one who said there was a ‘‘culture of fear'' about making mistakes.