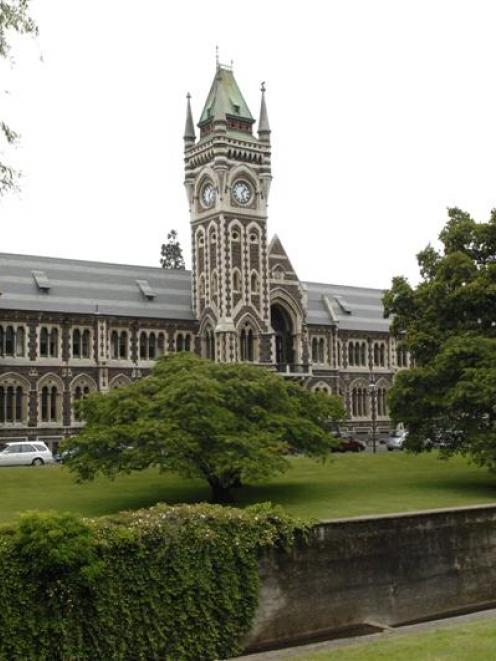 Student numbers at the University of Otago have taken a hit for the second successive semester, with enrolments 1.8% down on last year.

This meant the gap between this year and last year's student numbers had widened since the first semester when numbers were down by 1.3%.

University director of planning and funding David Thomson said there were 247 fewer domestic students than there were last year and 109 fewer full fee-paying international students.

The decline in student numbers was due to a combination of factors including the introduction of a tougher academic progress policy and a smaller number of first years last year, Mr Thomson said.

It was also proving difficult to attract international students, with the South Island in particular not proving to be as attractive for single semester study abroad students from North America.

University international pro-vice-chancellor Prof Sarah Todd earlier this year said that after the Christchurch earthquake the university had trouble convincing overseas tertiary institutions Dunedin was not an earthquake risk.

Mr Thomson said the dip in student numbers did not represent a dire situation for the university and the enrolment environment was "generally soft across the whole sector".

University chief operating officer John Patrick said it was not yet clear what impact the drop in enrolments would have on the university's finances and "too early" to say if there would need to be cuts in next year's budget.

He said second semester enrolments were important for the university.

"Second semester enrolments generate significant income and any shortfall can be difficult to offset as resources have already been committed to activities related to students." By the end of this year, enrolments were expected to be about 180 fewer than forecast, he said.

The university was expecting a "quite modest" pick-up in numbers next year, in part due to an increase in the number of first-year enrolments this year.