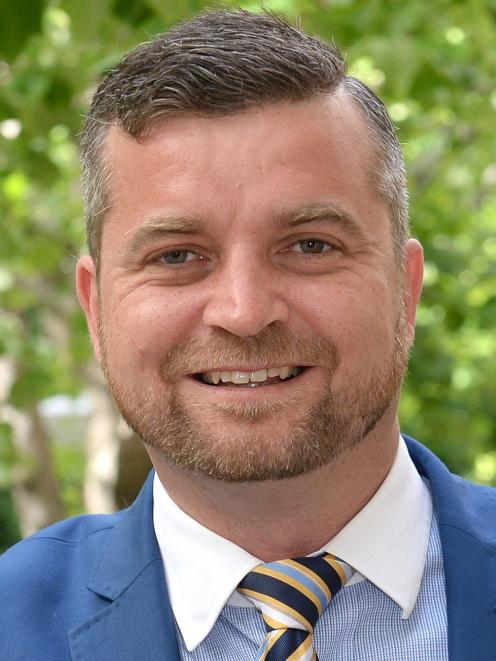 Stephen Willis. PHOTO: ODT FILES
The University of Otago’s new plan for its next wave of capital spending could become clearer next week.

Significant change is expected, as university leaders grapple with their planned programme being less affordable since economic conditions deteriorated amid the Covid-19 pandemic.

The university had planned to deliver more than $1 billion of direct capital expenditure in 2020-32 but that plan was prepared pre-Covid and many projects have since been placed under review.

The university’s council is due to meet on Tuesday and is set to consider what direction to take.

A capital development committee met yesterday and though there was little discussion in the public part of the meeting, a university spokesman said progress was made in determining "a likely direction" for the capital programme.

The university is coming to the end of a significant wave of spending.

The Faculty of Dentistry redevelopment has a total value of about $130million and the Eccles Building project is worth about $60 million.

Those projects, both near completion, followed the $26 million music and performing arts revamp and the $56 million redevelopment of the Mellor Laboratories.

A second wave of capital spending was to follow from next year, but fallout from Covid-19 made capital projects less viable in the short term and the university was overlooked for government help on all five of its "shovel-ready projects".

All have been "brought to a pause pending a review and reprioritisation of a new long-term capital plan", a report to the capital development committee showed.

Redeveloping the health sciences precinct — estimated to have a total cost exceeding $240million — is also on hold.

At the committee meeting yesterday, vice-chancellor Harlene Hayne said she was disappointed the shovel-ready projects were turned down.

Chief operating officer Stephen Willis suggested the Government had additional "unknown criteria" that it used in deciding which shovel-ready projects got the green light.

In his report to the committee, Mr Willis compared the university’s projects with others that were successful in getting government backing.

If the Christchurch campus revamp and Te Rangi Hiroa residential college replacement had been approved, they would have ranked in the top 10 for total value.

If ranked on the impact on the construction and related sectors per dollar of shovel-ready funding, the university could have had four projects in the top 20.

If ranked on jobs created, the Christchurch campus redevelopment and Te Rangi Hiroa would have made the top 10.

The university also did not seek much grant funding as a percentage of total project costs.