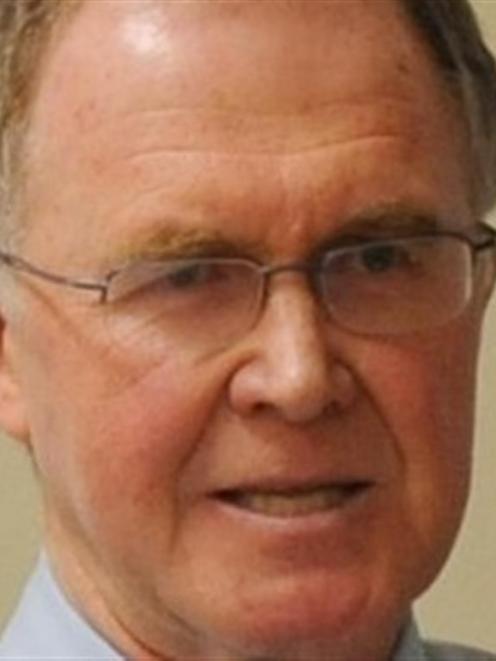 Ron Paterson.
The Southern District Health Board called it quits on its long-running multimillion-dollar dispute with South Link Health this month, but many details about the stoush have been kept under wraps. Former Otago Daily Times health reporter Elspeth McLean reports on the outcome of her attempts to get official information on the dispute.

Funds could have been injected into health services in the Wakatipu Basin if a settlement idea for the multimillion-dollar row between South Link Health and the Southern District Health Board had come off.

This is revealed in an internal file note released under the Official Information Act by the Ministry of Health, on the direction of Ombudsman Prof Ron Paterson.

He had been investigating complaints about refusals to release information on the dispute by both the ministry and the Southern District Health Board, some dating back to May 2013. 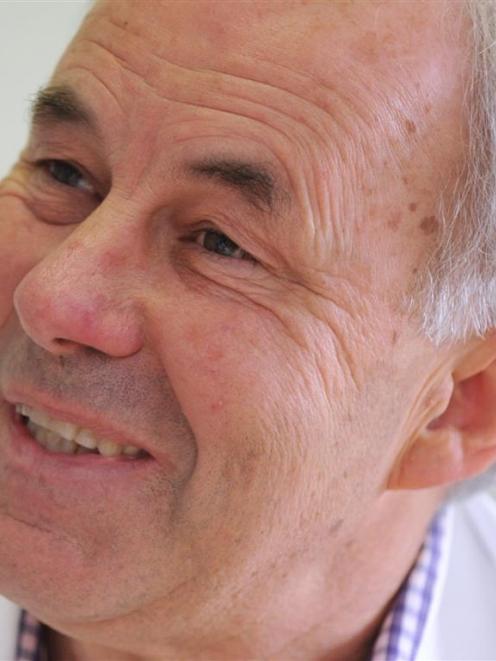 Murray Tilyard.
The possibility of a settlement involving SLH providing "goods or services to an agreed value'' was suggested by the National Health Board then deputy director Michael Hundleby, at a meeting with South Link Health in November 2011, almost three years before the DHB referred the dispute to the Serious Fraud Office.

The job sheet notes of the meeting by Simon O'Callaghan, senior investigator at the NHB's audit and compliance unit, say Mr Hundleby suggested SLH executive director Prof Murray Tilyard could "look at the recent NHB plan of health services for the Wakatipu Basin''.

He emphasised any such services would need to be directly for patients and be auditable.

Mr O'Callaghan's note says Prof Tilyard said he would "prepare a proposal based on our discussion. He said the proposal would be ready over the next ‘couple of weeks'.''

This week, Ministry of Health acting director of protection regulation and assurance Phil Knipe clarified no substantive proposal was ever received. 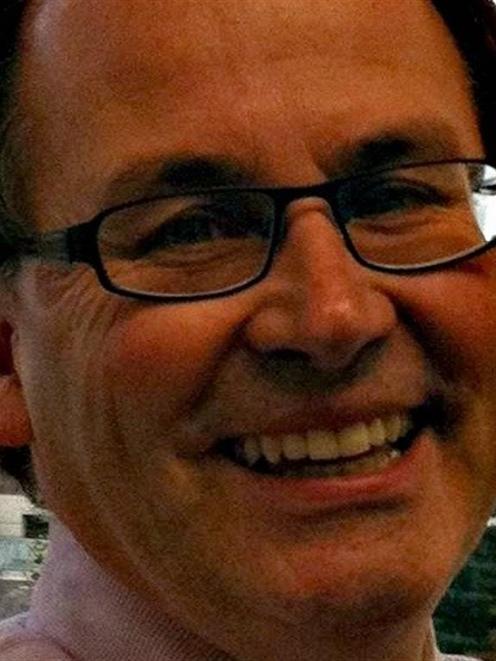 Michael Hundleby.
Asked this week about the proposal, SLH lawyer Frazer Barton (who was present at the meeting referred to in the file note) said he thought it was being discussed as part of the resolution proposal that was never finalised before the SFO referral (in 2014).

The decision by the DHB to seek to invoke a criminal process brought the dialogue between the parties to an end, for good, he said.

"It would be improper to continue to negotiate on a civil dispute when there was a threatened legal process hanging over people's heads.''

What had been occurring, before that, was "an attempt by both parties to negotiate a resolution of a complex and long-running civil dispute''.

In June last year, the SFO decided not to conduct a substantive investigation or refer the matter elsewhere. 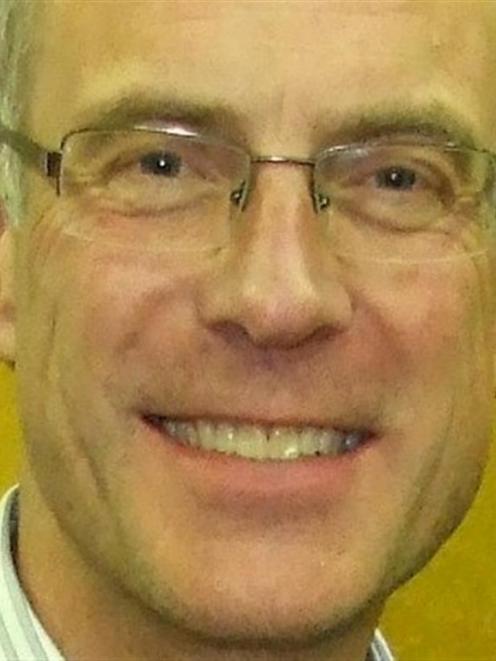 Frazer Barton.
(The DHB had referred the dispute to the SFO after it sought advice from forensic investigation firm Beattie Varley Ltd. At that, stage the dispute had been with the NHB's audit and compliance unit for more than three years.)

Mr Barton said SLH believed the outcome of the "SFO investigation'' had confirmed the position it had always taken.

Independent practitioners' association SLH has always maintained that it had no case to answer, either civil or criminal, in the dispute over the use of

savings made on contracts it held with the Regional Health Authority and South Island District Health Boards between 1996 and 2008.

SLH considered there was approval from the DHBs for the spending of the disputed amount of $5.27million, but the boards disagreed.

(With interest added, the figure may have reached close to $15million but the DHB has not responded to requests for an updated amount.)

In the dispute, the then Otago District Health Board, and later Southern, acted on behalf of the other South Island boards.

Unsuccessful attempts to resolve the dispute included two mediations in 2009.

Arbitration was not agreed to by SLH and, by June 2010, the Southern District Health Board was considering litigation.

It escalated the matter to the National Health Board's audit and compliance unit in December 2010 for investigation and recommendations as to how the board should proceed.

The board's referral letter has not been released, but a timeline in a ministry file note says the board complained to the audit and compliance unit SLH "illegally'' retained earnings between 2000 and 2005 and sought to recover $5.27million (capital) and $7.29million interest''.

One of the three file notes, released by the ministry on the direction of Prof Paterson, is described as a summary of the dispute.

It said in March 2003 the boards agreed they would examine a proposal from SLH to provide patient services to the value of the disputed amount.

"Despite a number of further meetings and correspondence, the DHBs did not agree to Murray Tilyard's proposals,'' the note said.

"Murray Tilyard maintains he did get approval from the DHBs and states he commenced services he gave in his proposal. From meeting minutes it is clear this is not so,'' the file note stated.

Between 2004 and 2009 there were a further 20 letters between the board and Prof Tilyard, without agreement being reached.

"During these discussions and unbeknown to the DHBs, SLH established the South Link Education trust (SLET) on 3.3.03, transferring around $5.5million and later that financial year a further $4million from SLH,'' the dispute summary note says.

Mr O'Callaghan's note from the November 2011 meeting also referred to this.

"FB [Frazer Barton] agreed the timing of setting up the trust was ‘not a good look'.''

Mr O'Callaghan's note went on to say Prof Tilyard said the money used to set up the trust was not the savings in question.

It came from other income and "was a coincidence''.

Prof Tilyard told the meeting "all expenditure of savings had been approved (but did not have documented evidence),'' Mr O'Callaghan wrote.

The Wakatipu funding suggestion from Mr Hundleby appears to have come at the end of the November 2011 meeting "after some discussion''.

A statement of claim document compiled by Chris Fraser, of FraserGroup Consulting Ltd, in 2009 and released by the Southern DHB on the direction of Ombudsman Prof Paterson, summarises the board's position that there was no agreement on the savings.

It said the Otago board had indicated on several occasions it was willing to review its position on whether there was agreement on spending "on the basis of any new documented evidence that SLH may be able to provide''.

The board was not in a position to accept assertions of "informal'' agreements without supporting documentation to support their claims.

Opinions by Prof Paterson on the refusals of the DHB and the ministry to release a raft of sought documents related to the case, largely upheld the two bodies' refusal decisions.

His opinions were finalised shortly before the DHB announced it was walking away from the dispute.

In his opinion on the DHB requests, Prof Paterson said he appreciated concerns about the level of detail known to the public about the dispute, and whether the claims and counterclaims had a substantive basis.

The disclosure of information sought would be likely to prejudice the ability of the board to carry on negotiations.

Also, some information had been provided in confidence.

Responding to a query about what the situation would be if negotiations ceased or were concluded, he said disclosure would not necessarily be automatic, but, if requested, the board would need to consider the effects of disclosure in accordance with the new circumstances.

In his opinion on the ministry complaints, he said the ministry was entitled to partially refuse the request on the basis it was necessary to protect legal professional privilege and to enable the ministry to carry on negotiations without prejudice or advantage.

The public interest was not enough to outweigh the interest in protecting those interests.