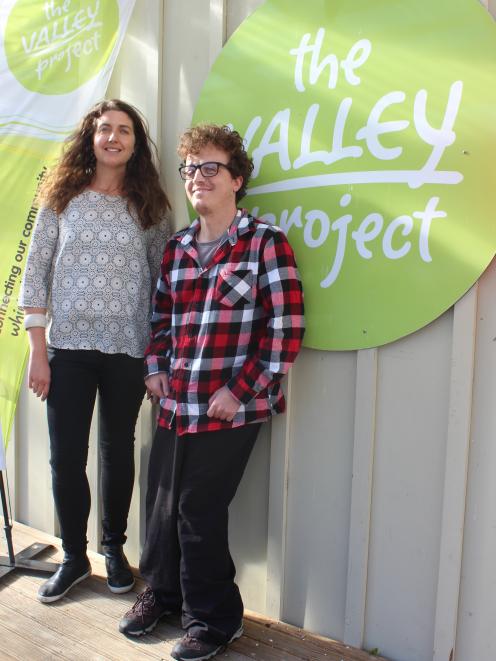 One Dunedin man wants the Government to offer more funding to allow people with disabilities into jobs.

For the past six months, Rorie White, who has cerebral palsy, has worked as a receptionist and accessibility advocate at The Valley Project.

It all started with a phone call, when Mr White offered to do some volunteering.

The Valley Project co-ordinator Anna Parker said they were blown away by Mr White's enthusiasm.

"Rorie was just so enthusiastic and we thought we needed that support,'' Ms Parker said.

Mr White then received funding from Work and Income New Zealand and Otago Community Trust for him to have a paid job for six months.

"The day I found out I had a job, it was one of the happiest days ever,'' he said.

While at The Valley Project he not only completed the day-to-day tasks of a receptionist, but also completed an accessibility audit for North East Valley.

It included looking at ways to improve accessibility from more handrails, to road and footpath hazards.

He has presented it to the community and the Dunedin City Council for it to consider as part of its 10-year plan.

Mr White's six months come to an end tomorrow, meaning he will then be out of work.

He said he had enjoyed the camaraderie of the people he met and worked with.

"It [the job] has given me a reason to get out of my bed in the morning ... this is my first paid job ... I've actually been able to save some money,'' he said.

In December last year The Star told Mr White's story of how he wrote to Prime Minister Jacinda Ardern, encouraging her to The Valley Project to see what it was all about.

Mr White was rapt to receive a handwritten response from her.

He is now going to the top again to ask the minister to consider more funding to help him and others like him into jobs.

In-work support specialist Cecilia Sullivan-Grant has worked with Mr White 15 hours a week while he has been in his role.

She said his skill set and confidence had skyrocketed.

"We've focused on what Rorie can do and not what he can't do ... he has achieved so many great things''.

She said often people were helped through school, but when they finished school it could be really hard for them to get jobs.

Ms Sullivan-Grant said although Mr White has improved in his role, six months was not long enough for people to learn a new job.

Mr White said he would be forever grateful for his opportunity, but he would like to see a better outcome for himself and others.