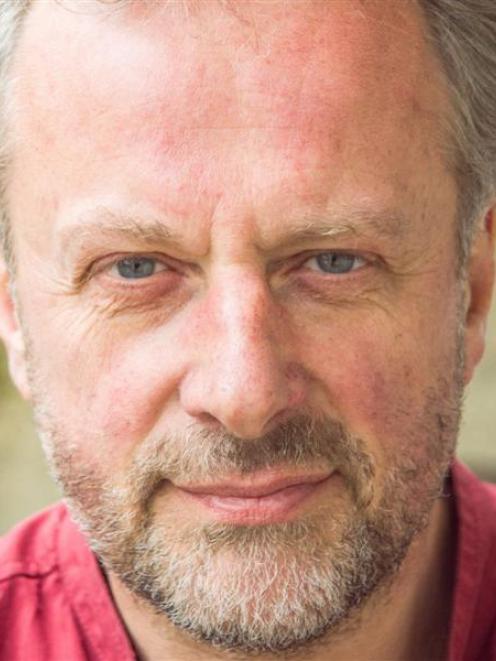 Lee Vandervis.
Dunedin city councillor Lee Vandervis says he has begun a legal challenge to reclaim his lost voting rights, although senior council staff remain in the dark about the details.

His move came as yesterday's full council meeting descended into increasingly bitter exchanges, most involving Cr Vandervis, who told one councillor to leave town and was advised by another to ''shut up''.

The meeting began with Cr Vandervis claiming he had begun legally ''contesting'' the council's decision to ban him from voting at council committee meetings until July 1.

''The legal arguments are going to take some time to resolve,'' he said.

He did not elaborate on the challenge at yesterday's meeting, and did not respond to a request for further comment last night.

Council chief executive Dr Sue Bidrose told the Otago Daily Times she and other senior council staff had heard nothing from him about any legal action.

''We haven't seen any of his legal opinions. I'm not aware that anybody here has,'' she said.

A legal challenge was within Cr Vandervis' rights, but Dr Bidrose remained confident the council's legal position was solid.

Cr Vandervis, speaking at yesterday's meeting, maintained the voting ban was ''ultra vires'', as a councillor's right to vote was ''sacrosanct''.

He also took exception to the accuracy of meeting minutes purporting to record the decision to remove his voting rights, as well as subsequent committee meetings.

The minutes did not reflect what happened, and included the ''bland statement'' he was not entitled to vote, when that was contested, Cr Vandervis argued.

Deputy mayor Chris Staynes - standing in for Mayor Dave Cull, who is in Japan - conceded more legal advice was needed.

That saw councillors agree to amend the minutes to acknowledge the council's lawyer had advised Cr Vandervis was not entitled to vote.

The exchanges did not end there, however, as Cr Vandervis criticised plans to spend $602,000 upgrading Exchange Square rather than repaying debt.

Cr Andrew Whiley said he was growing tired of Cr Vandervis' opposition to new spending, and would not like to live in any city the outspoken councillor envisaged.

''Well move then,'' Cr Vandervis shot back, prompting Cr Whiley to predict the council would more likely vote 14-1 for Cr Vandervis to leave.

Presenting the council's debt position as being on ''the precipice of disaster'' was ''simply not true'', he added.

Cr Vandervis attempted to interject, prompting a call - believed to have come from Cr David Benson-Pope - for him to ''shut up'', while Cr Thomson urged him to get all his complaints off his chest at once.

''If you want to have a go, I will have a go back,'' Cr Vandervis responded.

The exchanges continued as councillors voted to approve the council's new whistleblower policy, before signing off on a submission to central government on New Zealand's climate change target.

Cr Whiley argued the council should focus on ''more pressing issues'', including support for oil and gas exploration, prompting Cr Aaron Hawkins to suggest he was ''grandstanding'' with ''disingenuous'' views.

Cr MacTavish won support for changes to the submission, but only after Cr Staynes used the mayor's casting vote to end a 6-6 deadlock between divided councillors.

The vote came after Cr MacTavish choked up while pressing councillors to acknowledge the science underpinning the debate.

''I think there a whole generation who thinks that's a pretty minimal request,'' she said, her voice cracking.

And, as Cr MacTavish stood, silently struggling to regain her composure, Cr Vandervis turned to the public gallery and winked.