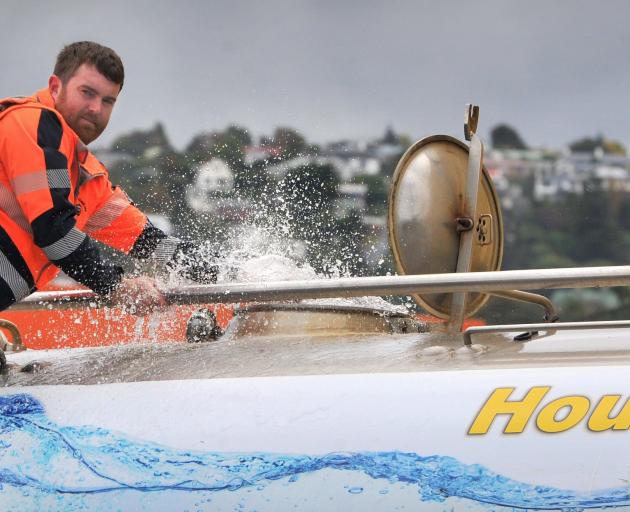 Soon, the ground temperature would be too low for grass to grow.

Farmers would need to focus on feeding livestock, which could include buying feed to supplement the lack of crop, he said.

However, Ranfurly farmer Stu Duncan said although his soil was very dry, it was nothing to be concerned about.

Niwa National Climate Centre meteorologist Ben Noll said the area around Dunedin was one step away from meteorological drought, although it was unlikely that would happen.

"That’s because we’ve had some rain in the area, the days are getting shorter and the evaporation transpiration rates are lowering, which means the water is less likely to leave the ground.

"But it’s extremely dry for this time of the year, whether you call it meteorological drought or not."

A low-pressure system will deliver moderate to heavy rain tomorrow, and weekly rainfall totals may reach up to 50mm in the lower South Island.

However, the eastern South Island will get much lighter rainfall — weekly totals may be less than 20mm.

Mr Noll said Niwa’s three-month outlook (April-June) showed there were equal chances of the weather being drier than normal and near normal rainfall.

"Certainly, in the next few weeks, there is not a signal for above normal rainfall.

"These patterns of dryness will continue to be with us and re-emerge as we go into May and possibly June as well."

He had been making deliveries across the West Harbour and Peninsula areas, as well as the Mosgiel-Taieri area and as far south as Akatore.

He was also delivering to some farms that had bore water, but the water table had dropped so low, the water was not drinkable.