t was "nothing short of a miracle" that a Dunedin woman and her partner survived a high-speed alcohol-fuelled crash, a judge says. 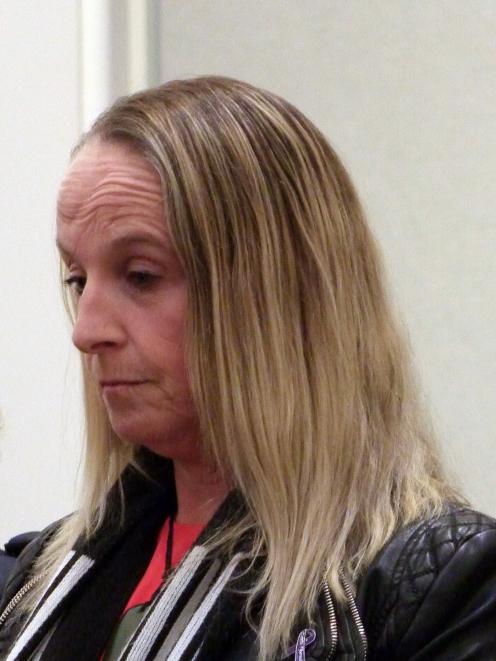 Aimee Weir
Aimee Elizabeth Weir (40) and the man were trapped in the vehicle for nearly an hour following the October 6 smash. They were saved by a heroic neighbour with a fire extinguisher who intervened before emergency services arrived.

Judge Michael Crosbie was stunned when he perused the photos of the crash aftermath in Corstorphine Rd.

"There’s virtually no car left. Quite how you and the victim managed to live through that is nothing short of a miracle," he said.

"This is the best illustration of what excess speed and alcohol does."

Weir sustained a broken hip, a hole in her lung, a broken leg in two places and spent eight weeks in a wheelchair.

It had been a constant reminder of her transgression, defence counsel Cate Andersen said.

The pair had been arguing in the lead-up to the journey, the court heard.

Weir was behind the wheel of a Ford Falcon and hit speeds of 90kmh along the suburban Dunedin roads.

She failed to negotiate a sharp bend and wrapped the car around a power pole.

Aimee Weir and her partner had to be removed from their vehicle by firefighters using the jaws of life. PHOTO: CRAIG BAXTER
While in hospital, a blood sample was taken from the defendant which gave a result of 116mg of alcohol per 100ml of blood — more than twice the legal limit.

Ms Andersen said her client had been prescribed medication to combat her alcoholism since the incident and was now being driven around by her partner.

Weir pleaded guilty to an aggravated charge of drink-driving causing injury — recognising she had two previous drink-driving convictions from 2010 and 2014.

Judge Crosbie said the woman only escaped a prison term because she had a child in her care and was working to address her addiction demons.

Weir was sentenced to eight months’ home detention and banned from driving for two and a-half years.

She was also ordered to pay for the damage she caused in the crash: $4987.