By John Lewis
1 Comment
Learning to drive has been known to bring a tear to the eyes of both learner drivers and instructors.

So Dunedin-based CoDriVR has developed a virtual reality driving simulator which helps teens learn to drive, without all the risk of broken bones, expensive insurance bills and bruised egos.

Kavanagh College pupils tried the new equipment yesterday, and while there were many crashes, CoDriVR founder and rally car driver Rhys Gardner said that was good.

"Crashing is how you learn." 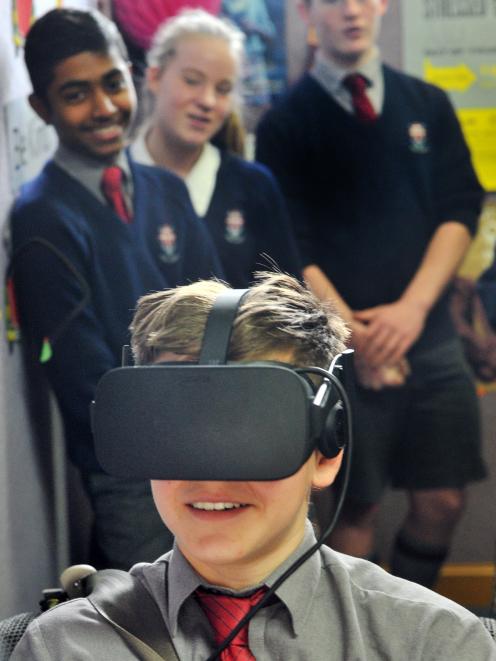 Kavanagh College pupil Alberto Adams (13) uses the CoDriVR driving simulator, while fellow pupils (from left) Ravija Alahakoon, Jemma Mortimer and Michael Burke (all 13) observe. PHOTO: CHRISTINE O’CONNOR
Mr Gardner started working on the simulator while working on a South Otago farm five years ago, after noticing the high number of local crashes and how they were contributing to the national road toll.

He believed driver education was to blame.

"Growing up in South Otago, you're faced with incredibly challenging roads.

"If you look at Scandinavia, you'll see they have a comprehensive car control training system.

"We've arguably got similar roads to them, if not more challenging in some places, but we don't have the high level of driver education that they do.

"We don't support our teenagers to learn the proper car control skills that they need."

He said very few people would know how to respond if their car started to slide in black ice at 90kmh.

The simulator could give young drivers experience in those conditions, teach them techniques to keep control of the vehicle, and help them avoid a serious crash.

"They're driving situations that you might only strike once every three years.

"But if you know what to do, it's going to save your life." 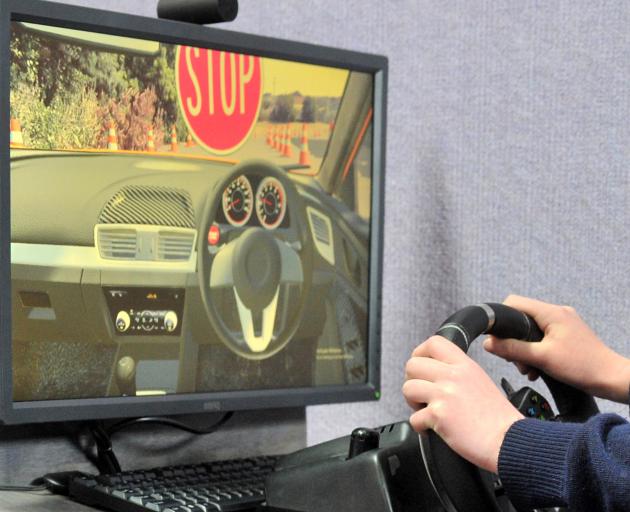 The simulator could give young drivers experience in challenging conditions like black ice, teach them techniques to keep control of the vehicle, and help them avoid a serious crash. PHOTO: CHRISTINE O'CONNOR
The driving simulations are presented in stages of difficulty, starting with a circuit in the Dunedin Ice Stadium car park, and increasing in difficulty to simulations on South Otago roads.

Mr Gardner said his team was now looking for funding to develop the simulator to give drivers a more realistic feeling of the g-forces and vibrations created by their driving.

He said the simulator was already used by many companies as part of health and safety training, but hoped it would be picked up by secondary schools to begin pupils' driving education.

"It's an absolute no-brainer. Shouldn't all of our teenagers be provided with access to learn to drive in this way?

"There's consequences for actions, but no-one will die in these simulations."

Mr Gardner, take it from an experienced advanced driving instructor with British qualifications who has done stunt driving = "crashing is NOT how you learn"

There was guy in Chch who had the same system as this and it was just used as a computer game by the kids. I used it and ditched it quick.