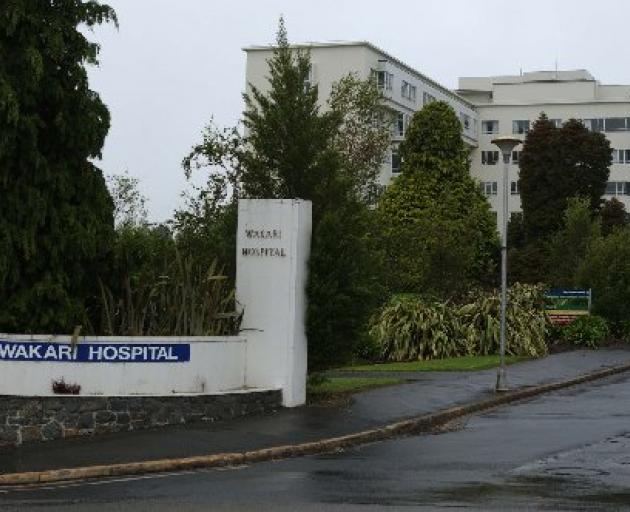 Wakari Hospital. Photo: ODT files
Wakari Hospital is one of the worst-designed mental health facilities in New Zealand, an audit has found.

The Ministry of Health yesterday released its national asset management programme, an assessment of hospital buildings and district health board services across the country.

The Southern DHB has long recognised many of the buildings in the Wakari complex are not fit for purpose, an assessment now confirmed by ministry officials.

‘‘Managing patients with different needs in a poorly designed unit is difficult for staff and challenging for patients,’’ the report said.

‘‘The problem is exacerbated in the units with fewer beds and fewer options to separate patients.’’

The SDHB has previously commissioned reports on Wakari which found many of its buildings were unfit for purpose and had maintenance issues.

A report released to the Otago Daily Times last month estimated repair and refurbishment of ‘‘distressing, sad and dilapidated’’ facilities at Wakari could cost more than $40 million.

The new ministry report said mechanical services would need work within the next five years, some buildings leaked and electrical infrastructure was average.

‘‘Most of the switchgear supplying each block is in the basement, but also not accessible due to the presence of asbestos.’’

SDHB chief executive Chris Fleming said the organisation welcomed the report, which would help it make decisions on capital projects.

‘‘In terms of Wakari, the Ministry of Health is currently, through the national asset management plan, carrying out clinical facilities fitness reviews.

‘‘These in turn will be used, with the information provided in this report, to determine model-of-care requirements.

‘‘Southern DHB will then determine how this fits with the long-term strategic direction for mental health.’’

Dunedin Hospital was not reviewed as it is soon to be rebuilt, but the Children’s Pavilion — now mainly used as office space — was singled out by the ministry as being poor.

‘‘The Children’s Pavilion was built to meet the standards of the time and while it is functional, it would not meet modern expectations,’’ Mr Fleming said.

‘‘Southern DHB is currently replacing lifts and infrastructure to meet the needs for the next 10 years.’’

DHB management and IT systems were also audited, resulting in varying outcomes for the SDHB.

The SDHB was one of 10 organisations which had poor financial management systems and it and Auckland were graded as having very poor patient administration systems.

However, its pharmacy management, medication charts and clinical portals were regarded as very good.

The SDHB is one of 10 DHBs implementing a new finance, procurement and information management system, expected to go live in February next year.

Health Minister David Clark said the report focused on older buildings and gave the Government a good understanding of what infrastructure work was needed urgently.

“Over the next decade, DHB infrastructure is expected to need $14billion in funding.

‘‘This is a long-term programme of work, with many projects across the country requiring funding.’’

I would be interested to know what areas are at a "very poor". The admin block?, Helensburgh House (admin, out patients, ward 10a, ward 11,)? Wards 9a,9b? The Acute unit? ISIS ? This generalised poor reporting serves no purpose. In fact it creates a level of distress for people that may need admission or outpatient service.
Please add the missing detail.

It’s sad that the only focus is the buildings and facilities.
There is very clearly a major staffing crisis too.
As our population ages and more and more people develop mental health conditions that it’s just going to get worse.
The buildings will be the least of our worries.