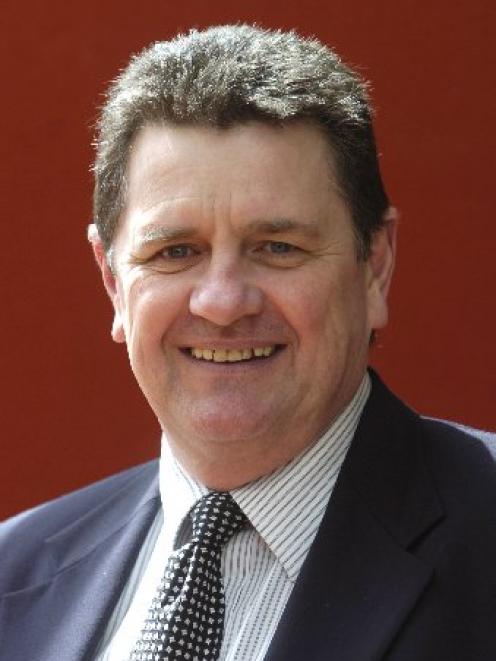 John Mackie
A report on the future management of Dunedin's water infrastructure, which could lead to the formation of a new council-controlled organisation (CCO), will be considered by city councillors next month.

The report discussed the merits of three options - maintaining an ''enhanced'' status quo, establishing a new CCO or a council-controlled trading organisation (CCTO) - before recommending one preferred option.

Mr Mackie would not say what recommendation the ''quite beefy'' report had settled on, saying only all would be revealed in the days before the annual plan meeting, when the report was required to be made public.

An Otago Daily Times request for a copy of the report - under the Local Government Official Information and Meetings Act 1987 - was also declined because it would be released next month.

Changes to the management of water infrastructure are a contentious issue for some, with a protest in the Octagon in June held to oppose what

Mr Mackie said he was expecting more concerns to be raised as a result of the report's consideration, ''because I think the concept of privatisation is largely misunderstood''.

He stressed privatisation or outsourcing remained off the agenda in Dunedin, in line with an existing council policy dating back to the 1990s.

However, staff had last year been asked by councillors to consider the best way of managing water infrastructure over the next 50 years, as the council's 3 Waters planning document outlined the need for greater investment in water assets in the years to 2060.

PricewaterhouseCoopers undertook financial modelling of the three options on behalf of the council, and presented findings - including a recommendation - to councillors in March.

Councillors had, as a result, requested a further report with a preferred option to be presented to next month's draft annual plan meeting, to be held on January 20-21, he said.

Mr Mackie would not be drawn on which model he preferred, saying his role was to provide advice to councillors - not express personal opinions.

It would be up to councillors to decide whether and how to proceed, and it was too soon to say what sort of timeline would be involved if they did, he said.

''That's still open-ended depending on the decisions of the council, which will be their call, if they decide to do anything at all.''