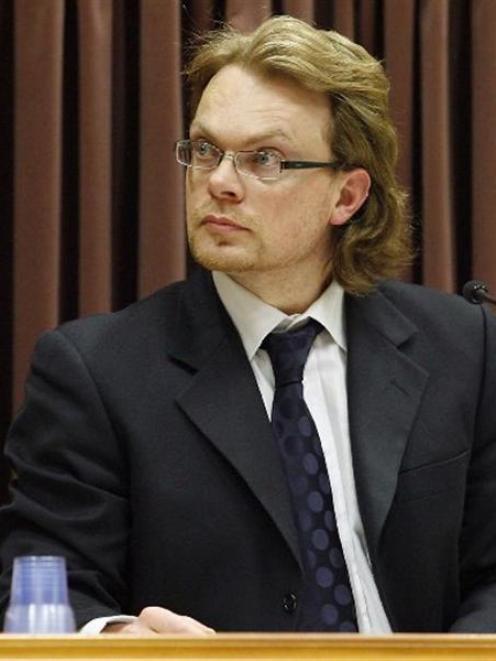 The Crown says it was murder, that the accused went to the house with the knife and attacked Miss Elliott in a persistent, determined and focused way, targetting and disfiguring areas of her physical attraction and beauty.

But Weatherston claims he was provoked by Sophie attacking him with a pair of scissors, knocking his glasses off and leaving him exposed and vulnerable. Without glasses, the accused was very short-sighted. And the defence say the emotional pain he had endured in his volatile relationship with Sophie the previous year caused him to lose control when she attacked him.

Today, Weatherston has told of going to doctors, a psychotherapist and a psychiatrist about his anxiety issues, the first time being in July, 1998 when he was anxious about withdrawing from a university course.

The following month he sought help over an issue with a girlfriend who was graduating and leaving Dunedin. He felt under a lot of pressure to follow her and be under the scrutiny of her high-achieving family and was anxious about whether he wanted to put himself that position.

There was also an issue about him avoiding challenges at university and his anxiety that his parents did not understand why he was at university, although they were supportive.

''It was pretty self indulgent stuff and I'd been that way for quite some time,'' Weatherston said.

He was then referred to a psychiatrist.