I need your help to ensure the infamous Undie 500 never travels to Dunedin again.

I'm sure everyone is familiar with what went on in Dunedin's Castle St last weekend. We have all seen and heard the extensive news media reports.

It must be stopped and we all have a responsibility to put an end to it.

I have publicly said the Canterbury student leaders were selfish and arrogant, proceeding with this year's event.

At several meetings and discussions we had over the past couple of years, I have told them that the event does nothing for Dunedin but bring grief.

I have told them that Dunedin police do not want them in our city.

Mayor Peter Chin, speaking on behalf of Dunedin city and the University of Otago, has publicly stated on numerous occasions that the Canterbury students were not wanted.

I have been present on more than one occasion when he has personally told the Canterbury student leaders of the harm done to our city's reputation and to the reputation of the University of Otago.

Despite all this, the Undie pub crawl was still organised for last weekend.

I had told your student leaders that the event was always likely to end in disaster and a disaster it was.

Maybe I was too harsh in accusing them of being selfish and arrogant by proceeding. Maybe they were just naive.

It is now clear it is unlikely there can be a trouble-free Undie in Dunedin. Some people have suggested organised entertainment would be the answer. It would provide something positive to distract the students from their previous riotous behaviour.

Maybe, but probably not.

There are no guarantees that large numbers would attend an organised event or would not cause trouble before or after it.

My concern is that a planned event around an Undie may just cause larger crowds to congregate.

What did this pub crawl cost? I'm not referring to the damage, personal injuries or the time spent by police, fire and ambulance officers, but to the human cost to those who took part.

It is the cost to the 67 young people facing charges in court. Most of them would never had any previous involvement with police. Now they face a conviction which will impact on their careers and even their future travel plans.

Some will certainly be suspended from university classes.

Already, one final-year student has asked that his charge be dropped.

He has worked years towards gaining a degree and now may not be able to complete it.

Another young man decided to leap across a burning couch as many before him had done. He didn't make it, and landed in the fire. He suffered 15% burns to his body with the most severe injury to his left arm. He is facing skin grafts, many days or weeks in hospital and will possibly be scarred for life.

Then of course there were the bottles, bricks and other missiles hurled at the police.

One officer was hit directly on top of his helmet, which caused him to collapse to his knees. Fortunately no injury.

This year, more students were injured by their own missiles than police. It was a miracle no-one was killed by a bottle or flying brick.

Bottles were being hurled from the backyards of flats where the thrower wouldn't know exactly where the police lines were.

The hospital emergency department was busy both nights.

Well, who is responsible for this drunken loutish behaviour? Clearly the participants.

What is so sad about all this is that these are, normally, law abiding young adults.

However, when under the influence of too much alcohol and caught up in the heat of the moment, they do some stupid things.

On the street and among the crowd they know it all. They know their rights and they have the answers. 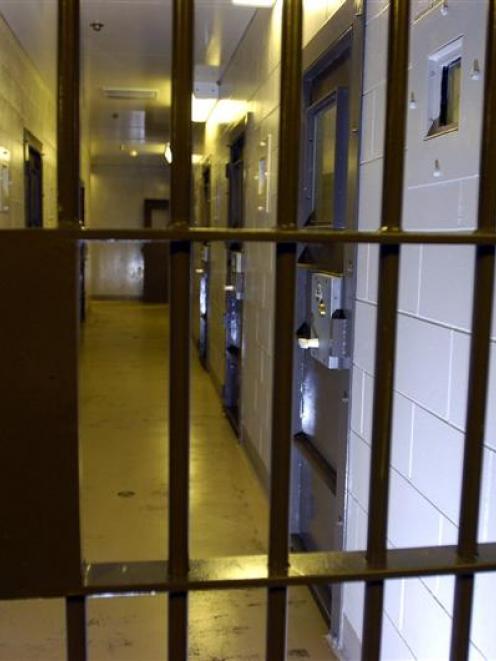 In the holding cell back at the Dunedin Central Police Station it was a different story.

Around two dozen prisoners, hands bound together behind their backs with plastic handcuffs, were sitting in silence.

They looked like trussed-up turkeys staring at the opposite wall while they waited to be processed.

A wait of two hours or more. They were strangely quiet. An opportunity to think and reflect. One by one, they were led into the charge room.

Plastic handcuffs cut off before they were patted down and searched. Shoes and other property taken and bagged for safe custody. A number were sobbing, both male and female.

Clearly the enormity of their predicament was dawning on them. A couple were crying. Crying drunk.

The situation caused one young man to soil himself. Understandably, he was grateful to be allowed a shower.

Then they got to experience the cells. For a while there, we had to resort to double bunking.

Over the next few hours each prisoner was fingerprinted and photographed and eventually bailed to appear in court to face a charge and probable conviction.

I'm sure most of those arrested didn't intend going out to break the law, but after drinking too much and getting caught up in the moment they did some stupid things.

Who is responsible? Clearly the individuals concerned are. But many others are responsible, too.

Those who make our laws that makes alcohol so freely available and those who benefit by encouraging these young adults to drink to excess.

I'm not accusing Canterbury students of being the troublemakers in the Dunedin riots. More Otago students were involved and arrested.

It's the event that causes the problem. This is not normal weekend behaviour in Dunedin.

I need your help to ensure the Undie never travels to Dunedin again.

I need strong leadership to be shown by the Canterbury civic leaders, university administration and student leaders to guarantee there are no such future events.

Most of all, I need help from the Canterbury people.

I need assistance from those who have friends and family attending your tertiary institutions. Please warn them of the possible consequences of being involved in such an event in the future.

Please tell them to respect the wishes of the people of Dunedin who don't want another Undie.

Finally, please tell them you are doing this because you care about them and their future.

- Inspector Dave Campbell was born and educated in Dunedin and is a graduate of Otago University. He has been policing in Dunedin for more than 25 years and has been the Dunedin Area Commander for more a decade.