On average, Sophie Taele works with about 25 different Dunedin families each week, who are dealing with family violence issues.

The Arai Te Uru Whare Hauora family violence social worker said it was a lot for one person, and there were many others just like her, in organisations around the city, doing the same thing.

"It’s pretty scary, how big this problem is in Dunedin.

"Family violence is so ingrained in New Zealand, and awareness is the key to washing it out."

Yesterday, she was one of many around the city raising awareness of family violence on White Ribbon Day, by tying white ribbons to the fence outside Dunedin’s First Church. 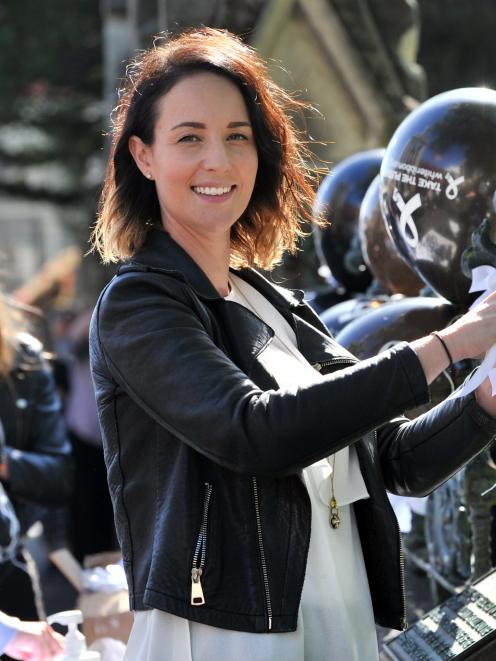 "The harm from family violence can be across many levels — from verbal abuse, right up to physical abuse and psychological abuse.

"It can make people who are in a family violence situation feel very isolated.

"Today highlights the fact that this treatment ... is not OK, that there is help available in a safe place, and that there is light at the end of the tunnel — 100%, there’s always light."

This year’s White Ribbon Day campaign focused on the outdated advice men have been given when growing up, that society now sees as unhealthy.

The White Ribbon organisation said the campaign "takes a conversational tone and uses the common expressions that men would have heard growing up".

"These unhealthy attitudes are literally being overwritten with positive statements — creating new, modern alternatives to the out-dated ideas of masculinity."