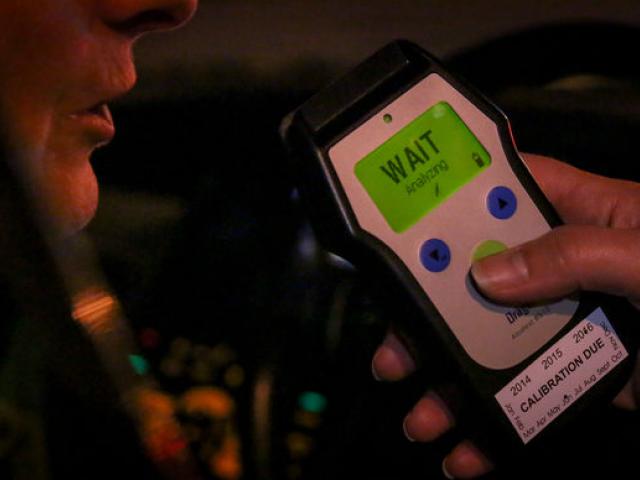 The second time 31-year-old Zara Janine Kubala did it on January 3, police estimated her speed at 200kmh.

"It's only a matter of luck no-one was hurt or killed," Judge Michael Turner said.

Kubala appeared in the Dunedin District Court yesterday after admitting the two instances of drink-driving as well as charges of dangerous driving and driving while suspended.

Police were originally alerted about her conduct at 4.30pm when people saw a white Ford "speeding all over the road" after leaving the Clinton Hotel, heading south.

They finally caught up with her on State Highway 1 near Gore.

Kubala was breathalysed and blew a reading of 719mcg - nearly three times the legal limit - and told officers she was driving to Invercargill to pick up her child.

Because of her breath-alcohol level, her licence was automatically suspended for 28 days.

At 6.25 that night she was driving the same vehicle at Edendale.

Again, police were contacted by other motorists who were concerned about the manner of Kubala's driving.

As officers followed her, she overtook three cars and a milk tanker with little regard for oncoming traffic.

The defendant was driving so fast, they were unable to lock her in their speed gun.

Oncoming traffic was repeatedly forced into the gravel to avoid a head-on collision, until Kubala attempted to lose police by turning into Hilda Rd, the court heard.

They found the car hidden at a property and the defendant was hiding in a shed nearby.

Her breath-alcohol level was 684mcg of alcohol per litre of breath.

Counsel Rhona Daysh said there were circumstances behind the two incidents that she did not want to discuss in open court.

But the judge said they did not absolve the defendant of blame.

"I accept there were matters going on in your life which affected your judgement but that doesn't excuse your behaviour," he said.

"I don't need to tell you, you were an absolute danger on the road this day, not only to yourself but to other innocent road users."

She and her partner were undertaking relationship counselling, Ms Daysh said.

Kubala was sentenced to four months' community detention, nine months' supervision and was disqualified from driving for nine months.

"Get on with your life and look after your child," Judge Turner said.