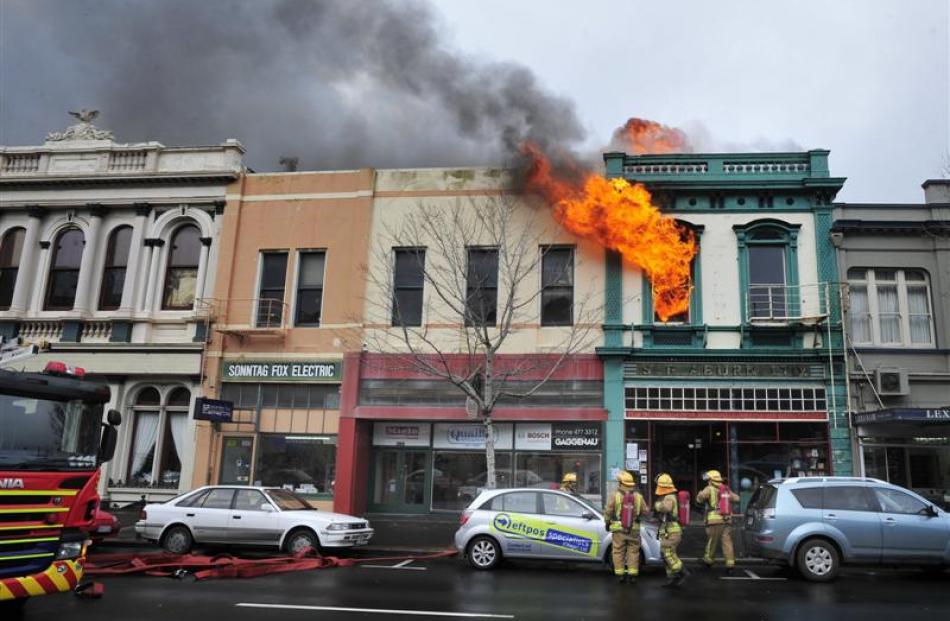 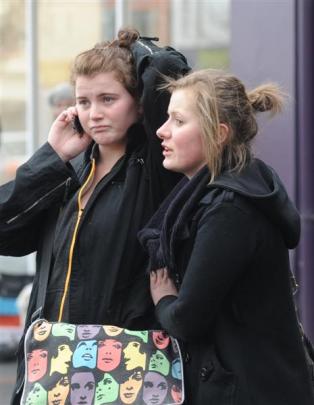 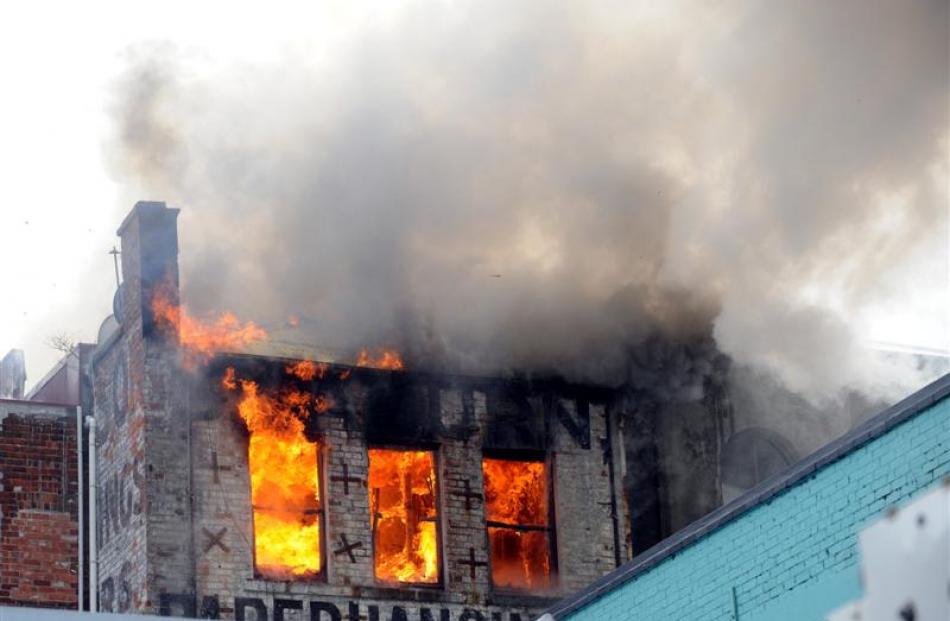 Flames and smoke visible at the rear of the building. 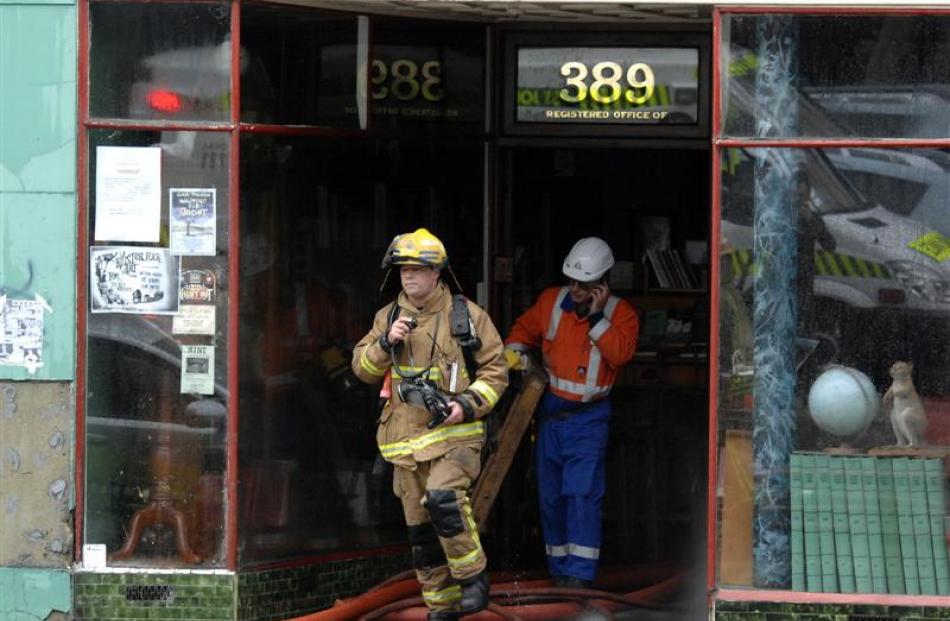 Frightened flatmates ran for their lives as a fire ripped through a central city Dunedin building yesterday afternoon.

Crowds gathered in Princes and Bond Sts yesterday afternoon to watch the Fire Service battle the blaze that gutted an apartment above second-hand bookstore Raven Books, at 389 Princes St.

The Dunedin City Council confirmed yesterday it had no record of the building being upgraded to provide sleeping accommodation.

A man inside the apartment was evacuated by emergency service workers and later taken to Dunedin Hospital with injuries, the nature of which were not known last night, although the man walked to the ambulance unaided.

The women said they immediately feared for their safety when they saw the flames.

A visibly upset Zara Brouwers said she and flatmate Harry Fakir, both students, were studying when Miss Brouwers heard what she thought was someone walking on the roof of their apartment.

"I looked out the window and there were flames everywhere. I just yelled at Harry to run. It was really ferocious."

Amanda Hunt (23) was alone in her apartment next door when she received a text from a friend, who happened to be outside, telling her to "Get out of the house".

She looked out the window, and "freaked out" when she saw the flames, before grabbing her laptop and making her way to Princes St.

"It was very scary."

She credited the text message with saving her life, and said no smoke or fire alarms had sounded in her apartment.

She was allowed back in the "smoky" apartment about 4.30pm to collect some belongings, but said she was not allowed to stay.

At least five nearby buildings, including Chipmunks Playground where there were about a dozen people at the time, were evacuated as a precaution.

The Fire Service's East Otago area commander, Brendan Nally, said while there was a lot of flame and smoke coming out of the building, it was largely isolated to the room of origin, in the apartment above the book store, and only spread "slightly" to one neighbouring building.

There was only limited damage to the bookstore, but he noted water and books "don't mix particularly well".

The features of the building provided firefighters with some challenges as it had been retro-fitted with an apartment and they had to break into some areas to gain access, he said.

The fire was typical of fires in such apartments.

"The fire gets going quickly, produces a lot of smoke but is generally reasonably contained."

There were no alarms going off when firefighters entered the building.

Southern Region Fire Safety Officer Barry Gibson said investigators would be returning this morning to have a better look at what caused the fire, but they were not treating it as suspicious at this stage.

In real estate marketing material in late 2009, the building, which was then for sale, was advertised as having a three-bedroom upstairs flat, but Dunedin City Council building control officer Neil McLeod said yesterday the council had no record of the apartment being there.

No building or resource consent had been sought for alterations to the building to provide sleeping accommodation.

In fact, apart from the installation of a sign in 1994, the council had no record of any major work on the building since 1919, he said.

Because the council had never been made aware there was an apartment in the building, it was unclear if it had the fire safety features required for a residence, he said.

His address as listed in the phonebook is 389 Princes St.

The owners of neighbouring businesses declined to comment yesterday.