By Elena McPhee
0 Comments
Coal might be cheaper than chips when it comes to different forms of heating - but woodchips' greater efficiency makes them more worthwhile than other fuels.

The University of Otago, which has released a set of new sustainability targets, is working with Pioneer Energy to switch the fuel used at the Dunedin Energy Centre from coal to locally sourced woodchips.

It is also now investigating the most appropriate ways to get to zero carbon by 2030, and will be advertising next month for a programme manager who would be responsible for the successful delivery of the programme.

The university intends to cut its total carbon footprint by 33% by 2020, and to be 20% more energy-efficient by 2020, and is exploring a range of projects, including installing solar panels at Arana College, Studholme College and the information services building. 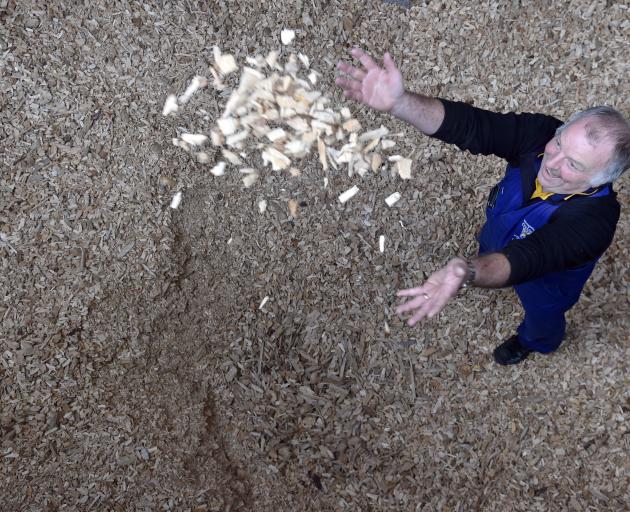 Energy and buildings manager Hans Pietsch said it now had about 13 wood-fuelled boilers, put in over the past 10 years.

The latest two, installed at residential hall Carrington College late last year, heat residential accommodation block Jenkins House, and were put in at a cost of about $200,000.

Mr Pietsch said running the new boilers cost half as much as running coal-powered ones.

With a 90% wood-into-heat rate, they were far more efficient than coal, despite coal being more than 30% more expensive. 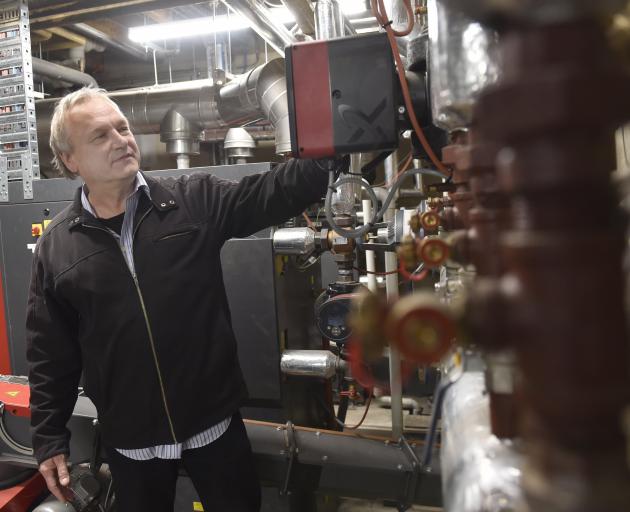 Energy and buildings manager Hans Pietsch with the new woodchip boilers at Carrington College. PHOTO: PETER MCINTOSH
The total amount spent on the two 125kW fully automated woodchip boilers at Carrington every year was commercially sensitive, and the quantity of woodchips was variable, because the amount needed to generate the right amount of heat depended on moisture content.

The next step would be working to compost ash from the chips, Mr Pietsch said.

University of Otago sustainability office head Dr Hilary Phipps said it was heartening to see the students also had a focus on sustainability via the latest Otago University Students' Association referendum.

There were no plans to replace the remaining coal burner still used in a hall.