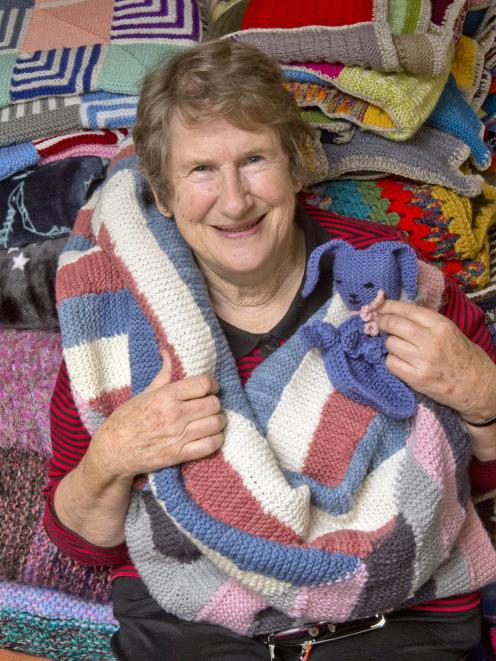 Operation CoverUp Dunedin and Mosgiel co-ordinator Suzanne Lane with some of the knitted blankets at Janet Cameron Hall in Green Island, which are ready for packing and shipping to Europe to help people affected by the war in Ukraine. PHOTO: GERARD O’BRIEN
Operation CoverUp members were up to their armpits in knitted blankets and clothing yesterday as they prepared to send thousands of woollen goods to Europe in support of Ukraine.

As Russia continued its invasion of Ukraine, Operation CoverUp was collating, sorting and packing the woollen goods, along with toiletries and hygiene products, at Janet Cameron Hall in Green Island, ready to be shipped.

Dunedin and Mosgiel co-ordinator Suzanne Lane said the organisation traditionally sent two containers full of knitted goods each year to those in need, children in orphanages, poor families and the elderly - all with the help of Mission Without Borders New Zealand to distribute the goods.

"As we all know, there is a greater need this year than ever before because of the Russian invasion of Ukraine."

She said the extra toiletries and hygiene items were also sent because Romania and Moldova were ill-equipped to help the hundreds of thousands of Ukrainians flooding into their countries. 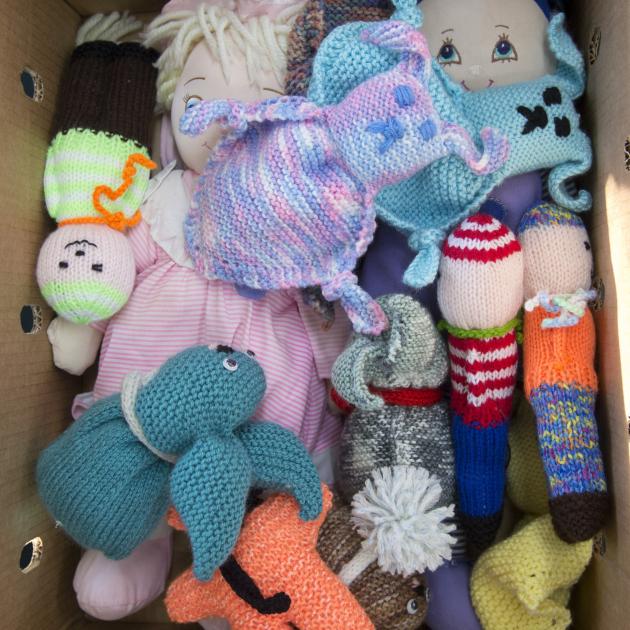 Some of the toys being sent to Europe. PHOTO: GERARD O’BRIEN
Today, all of the packed goods would be transported to Taieri Wool and Skins, in Mosgiel, where the knitted items would be packed and compressed into wool bales, she said.

The bales and boxes would then be combined with the rest of New Zealand’s Operation CoverUp items, taken to Tauranga and then shipped to the Netherlands and ultimately to Romania.

From there, the distribution would continue to all the different Eastern European countries in need, she said.

The shipment of goods was due to leave New Zealand on July 8.