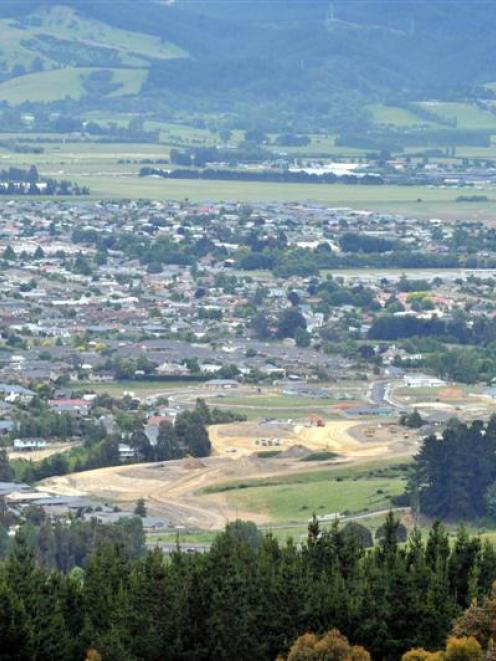 The Heathfield Development, which is being carried out by Wanaka-based property developer Willowridge Developments, will create about 125 housing sections in the Gladstone Rd area by the end of 2015.

Work on stages one and two is already completed.

Willowridge Developments director Allan Dippie said most of the sections, costing about $140,000 had already been snapped up, often by first-home buyers.

Houses were already completed on many of the sections and people were starting to move in.

Work was under way on 38 sections in stage three of the development.

The sections were elevated, and had more space, being half an acre or larger, and would sell for about $175, 000 each.

''These are for people looking for the best sections on the Taieri.''

The sales release date for the stage three sections was February 1, and Mr Dippie said there had been a lot of interest. About 38 more sections would be completed in 2015, as part of stage four of the development.

In October, Willowridge Developments was granted resource consent to reduce the size of the yards of some lots.

He did not expect speeding to be a problem in the development. Mr Dippie said there was an enormous amount of home construction going on in Mosgiel. He described it as a ''mini building boom'', comparable to what was happening in Central Otago.