Work to start on cycleway link 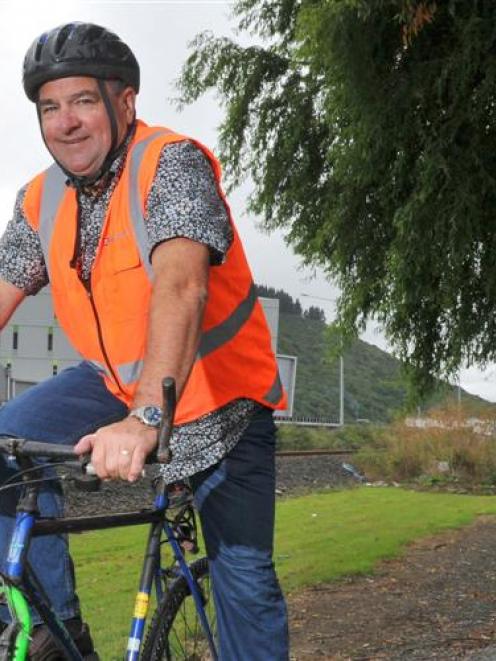 The $440,000 Dunedin City Council project will provide crucial links for those using the west harbour and east harbour cycleways, and for people going to Forsyth Barr Stadium.

Council infrastructure services committee deputy chairman Cr Mike Lord said the link, which will take cyclists and walkers across the Water of Leith by the stadium to Fryatt St, was important.

Work on the final stretch of the track to Port Chalmers is expected to begin next summer, and work on a cycle/walkway from the city to Harington Point is continuing, a $27 million project expected to take until 2023.

The new section would help link those two, eventually allowing cycling and walking around the harbour.

''This bit's important - it's a reasonably strategic link in the network,'' Cr Lord said.

The new link will include a zig-zag on paths across and under the State Highway 88 bridge over the Leith, before the track takes a dogleg back to the railway track, then through a piece of land bought by the council, next to the Fryatt St transfer station.

The council has been negotiating with Port Otago and lessee Z Energy for the strip of land next to the transfer station, since councillors agreed in mid-2003 to spend $450,000 to fund the project.

''We're just agreeing with them a completion date, but we're expecting completion by early June.''

Cr Lord said the new section would take cyclists away from the busy SH88.

He said while some objected to the council spending money on cycleways, society was facing the health problems of a population lacking exercise, including obesity.

Cycleways allowed people ''to get back on their bikes''.

That was already happening with people in their 20s and 30s, who in the more recent past would not have been cycling, but now were.

Younger people in the city were telling him they appreciated the cycleways that were being built.

While some cycleways were under-used, ''we believe in time you will see a shift''.

The new section would also allow people to park in Fryatt St and walk to the stadium.