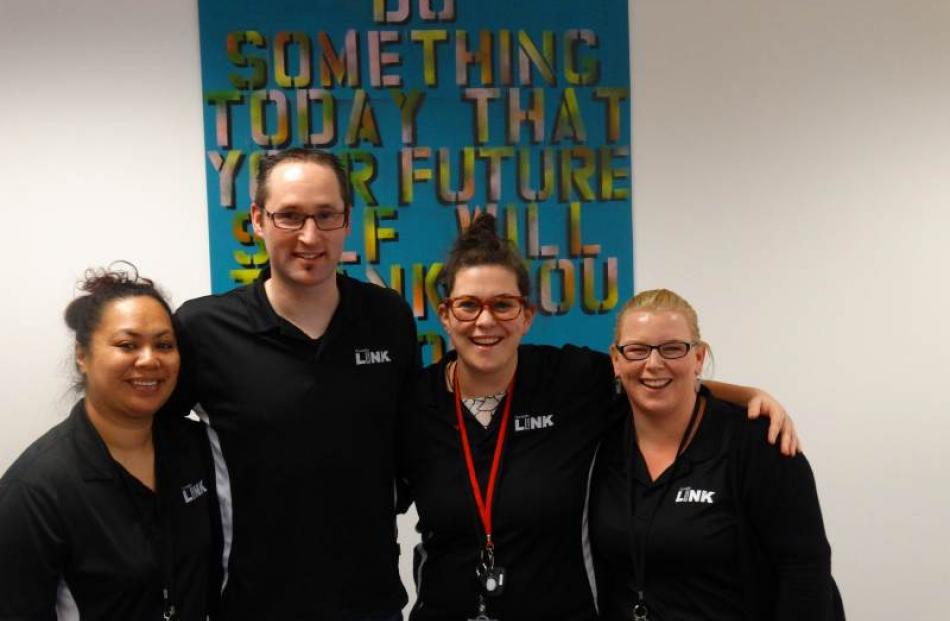 The ground-breaking collaboration between Dunedin Youth Link and the South Dunedin Social Sector Trial is having positive results for the city's young job seekers and attracting national attention.

The new client-centred approach, in which a dedicated team of youthful staff work closely with young people in groups and individually, has helped 210 Dunedin young people off benefits between March and July. Of this group of 18 to 24-year-olds, 170 have gone into employment and 40 into study.

Dunedin Youth Link project leader Amy Henare is excited that the approach taken at the centre, established in March this year, has already proved its worth.

''We have had a lot of success so far, and we are really, really pleased about that,'' Mrs Henare said.

''And best of all, the young people have responded very positively to this new approach.''

''We're really excited that our vision has been proven to be an effective way to go, and very quickly too,'' Mrs McKibben said.

''We have had a lot of interest from Wellington and other part of the country, so this approach may be taken up elsewhere.''

The Dunedin Youth Link project arose from a concept developed by Ministry of Social Development Southern regional commissioner John Allen, that no young person should be without a ''destination'' - that there should be opportunities for all school-leavers in work, training, and education.

The project also aimed to reverse a 13-year trend of growing youth unemployment in the city, regardless of recession or other impacts, Mrs Henare said.

''Dunedin has a unique economy. We have many small businesses, seasonal work, and the influx of students, which all put pressure on the employment market,'' she said.

Mrs Henare was tasked with coming up with a ''proof of concept'' for working with young people and, in conjunction with the South Dunedin Social Sector Trial, the Dunedin Youth Link centre was established. The involvement of a community governance group also enhanced its community links, she said.

Dunedin Youth Link, which occupies its own youth-friendly space in the Dunedin central Community Link building, is staffed by three case managers and a work broker. Working with 460 to 500 Dunedin young people at any one time, they run workshops and work with individual young people, as well as liaising with employers, schools and Dunedin tertiary institutions.

The unusual aspect of Dunedin Youth Link was that it also functioned as a drop-in centre, where young people could gather, make themselves a hot drink, use computers if needed, and even access donated clothing for interviews, Mrs Henare said.

With Dunedin Youth Link staff solely focused on the job search, not benefit maintenance, visiting the centre was less threatening for young people.

''No two clients are the same. Each has a totally different set of barriers they are experiencing, and we work to help them overcome those,'' Mrs Henare said.

Dunedin Youth Link was also able to feed back to the South Dunedin Social Sector Trial on the cohorts of young people who were needing the most support.

Mrs McKibben said one very successful aspect of that work was in the recent trial by Bayfield High School on tracking school-leavers and offering them further support if it was needed.

''That has proved so effective that it is now being rolled out across all 12 Dunedin high schools,'' Mrs McKibben said.

''Dunedin really is leading the way in this.''