Worm coming down to earth 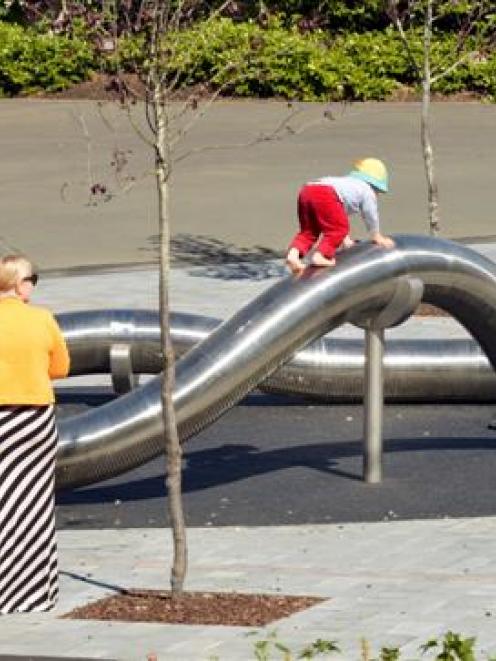 People explore the sculpture soon after its installation. Photo Stephen Jaquiery
It seems vigorous play has unzipped Dunedin's worm and it will have to be returned to the earth.

The city's latest piece of public art, a giant flexible steel worm in the Dunedin Botanic Garden, is to be lowered closer to the ground after coming undone at the seams.

It appeared the rupture was caused by the steel stretching, most likely as a result of ''over-vigorous'' play with the worm, which was designed to move and be interactive.

The worm had been an exceptionally popular addition to the garden, Mr Matchett said, and the untested technology, the interlacing pieces making up the steel tube, had obviously not been able to cope with the amount of manoeuvring at a point where there was a lot of stress on the structure.

The artist, Julia Morison, was talking to the engineers about how to fix the break and would be in Dunedin in the next few weeks to oversee the repair work.

Lowering the structure would mean more of it was supported by the ground.

Repair costs had to be borne by Ms Morison as the worm's $85,000 price tag included a fit-for-purpose sculpture, Mr Matchett said.

When contacted, Ms Morison said she had not expected the worm to be so ''trampled'' on, although it was good there was such interest in it.

Lowering it so it was better supported was not a worry, as it would still be interactive.