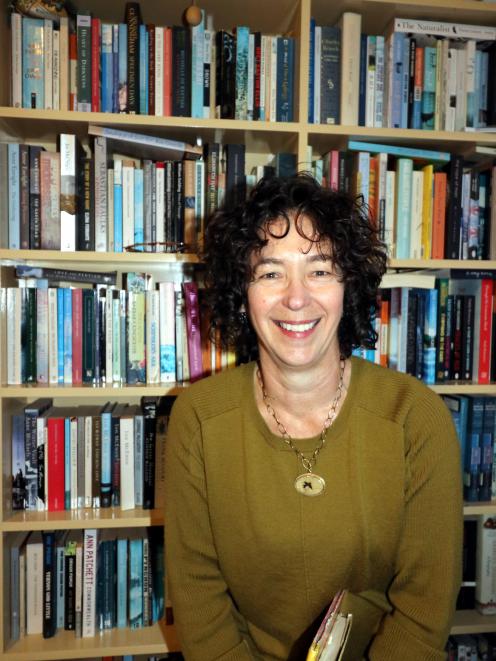 Dunedin poet Sue Wootton, co-organiser and judge of this year's WriteNow poetry competition for secondary school pupils, is looking for poems that strongly connect the reader to the poet's vision. Photo: Supplied

Encouraging and celebrating the efforts of young poets is at the heart of the WriteNow poetry competition for Dunedin secondary school pupils.

Now in its fifth year, the poetry competition has grown in popularity among young people and schools, and now attracts more than 100 entries each year.

Write Now entries are open from now until July 27. The competition is open to all pupils from Year 9 to 13, including home-schooled children.

Dunedin poet Sue Wootton, co­founder, co-organiser and judge of the 2018 WriteNow competition, said the event was a ‘‘fantastic opportunity for the city’s young writers to test their poetic mettle’’.

The competition was founded to provide a platform for a group of poets who were often overlooked, she said.

‘‘There are so many more young poets, and indeed poets in general, than people think, and finding outlets for their work can be difficult.’’

Revealing poetry work was an ‘‘exposing’’ thing to do, so the WriteNow competition was structured to support young poets in their efforts, she said.

As judge, Ms Wootton would be looking for ‘‘poems that strongly connect me to the poet’s vision about what it means to be alive, here and now, in Otepoti/ Dunedin’’.

‘‘I enjoy all kinds of poems on all sorts of topics, but I especially love poems which show that the poet understands the immense power of language — poems where the poet has delved deeply and respectfully into language itself, crafting its energies to make a poem that rings true, and keeps on getting truer with each reading,’’ she said.

‘‘Language is power and, if you can harness it, it helps you explore what it means to be alive.’’

Ms Wootton was excited to see what the young poets could come up with.

‘‘These are the creative brains of our future,’’ she said.

The winners in the WriteNow poetry competition will be offered the chance to read their work during National Poetry Day celebrations on August 24.