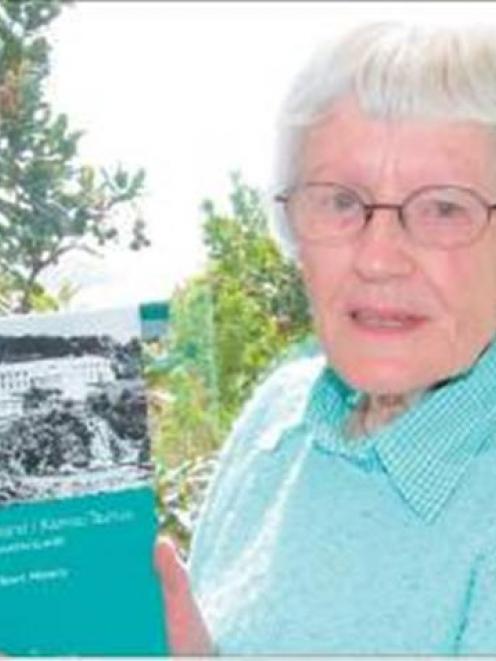 Published last month, Quarantine Island/Kamau Taurua - A short history (St Martin Island Community, RRP $35) is the first comprehensive account of the Otago Harbour island which has played a distinctive role in the history of Dunedin and Otago.

Despite the book taking almost half a century to complete, from her first visit Miss Hancock thought collating a history of Quarantine Island was an important task.

‘‘When I first visited the island in 1961 for a St Martin Island Community open day, I joined a tour led by Dean Walter Hurst, and as we set off up the hill I asked him about the ‘village' of shabby or near-derelict quarantine buildings as we passed by,'' Miss Hancock said.

‘‘But the dean was keener to talk about the bright plans for the fledgling community than about the island's past, which he considered sad and forgettable.

‘‘As I did not wholly agree, I began researching the island's history and, intermittently, just kept on and on.''

Information gathering proceeded apace when Miss Hancock took a year off work in 1973.

‘‘I went through the newspaper archives from 1848 to 1900, skim reading the daily shipping and general news.

‘‘I programmed my brain to pick up the letter Q. Then, if a ship had been quarantined, I followed what happened to it in the general news.''

Quarantine Island housed immigrants who had been on disease-affected ships and then returning soldiers who were unwell, from 1860 until it was closed in 1924.

‘‘The use of Quarantine Island dropped off after 1880 and was last used as a quarantine in 1916 for World War 1 soldiers with smallpox.''

The island has been a retreat centre for the ecumenical St Martin Island Community for 50 years and has recently become the focus of conservation and reforestation work.

Miss Hancock hunted widely for information on the island. Sometimes potential leads dried up. Other times information just ‘‘dropped in my lap''.

‘‘One time, I was at a joint Knox and Ranfurly church picnic at Patearoa.

‘‘A lady who was visiting from Southland happened to say her father was quarantined on the island in 1902 when he came back on a troop ship from the Boer War.''

Better still, she had her father's diary which she lent to Miss Hancock.

The writing process was not too difficult ‘‘because I wasn't trying to do anything too fancy. I was writing as I would talk''.
The Star
Comment now